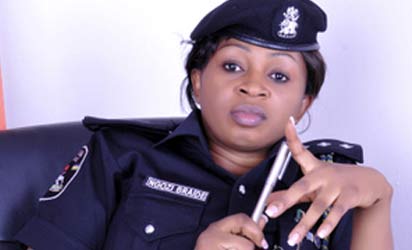 Active collaboration with the general public has helped in the eradication of  criminal activities like kidnappings and car snatching in Lagos state, the Lagos state Police Public Relations Officers, PPRO, Ngozi Braide,  has said 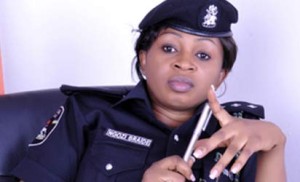 According to her, the problem in the past was inability of the public to volunteer information that would help in tracking down criminal elements that indulge in such conducts.

Braide who spoke in an interview, said shortly after she came on board, she solicited for public cooperation which saw the emergence of the radio programme tagged, “Crime Doctor”, where constant interaction between the general public and the police has been enhanced.

“I also created Public Complaint Bureau where members of the public come to make complaints mostly as it involves police officers and make sure that I give them feedback and ensure that the cases are resolved. I also tried to go to schools to educate the young ones on security and other crime related matters. Though the office came with a lot of challenges but by the special grace of God, I have been able to weather those challenges that came”, she said.

She debunked insinuation making the rounds that armed robbers who attack or kill policemen are promptly rounded up, giving priority to their own.

“No, we should not attach sentiments to this because we do not apprehend them because they killed police officers, but because of what they did. We round up every criminal whether he attacked a civilian or officer. We need information from the public, so it is not because you killed policemen it could be anybody”

She said that one of the major achievements of the police in Lagos command has been recovery of vehicles from criminal gangs.

“We recover a minimum of 10 vehicles every week and it may interest you to know that most of the vehicles are not stolen from here; they are stolen from other states but you know they believe we are close to the border they always try to make their way through this state. We recover minimum of ten or even twenty something every week”.

She attributed the reduction of crime to the barest minimum during the yuletide season was a result of conscious planning and execution of security initiatives which was made possible by ensuring that there was a high security visibility backed with motorized patrol.

While commending the effort of the State Commissioner of Police, Omar Manko whom she described as one the best crime fighters in the country, she maintained that since 2012, there had never been any successful bank robbery in Lagos state. She said the only two attempts made in that direction were foiled.

“During the period, we made sure that there were lots of patrol policing and there were a lot of undercover operatives too and we made sure we covered overhead bridges as well. We also ensured that all abandoned and uncompleted buildings were monitored because we have discovered that criminals always hide their weapons in abandoned buildings rather than keeping them at home. So we had to send our operatives to areas we expected problems to come from like markets, churches, mosques and so on. We also built security around financial houses.

“We also ensured that Armoured Personnel Carriers (APCs) were ready and we made sure that all our mobile police units like mopol 20, 22, 23, 45 the RRS (Rapid Response Squad) the OPS Attack and other units were on standby so that whenever we heard anything we moved without looking for who to go. All the area commanders and police divisional heads were placed on standby based on the order of the Commissioner of Police. They were warned that there would not be any excuse and that any time they heard anything they must move immediately. So all these were put in place and that was why we didn’t have any problem”