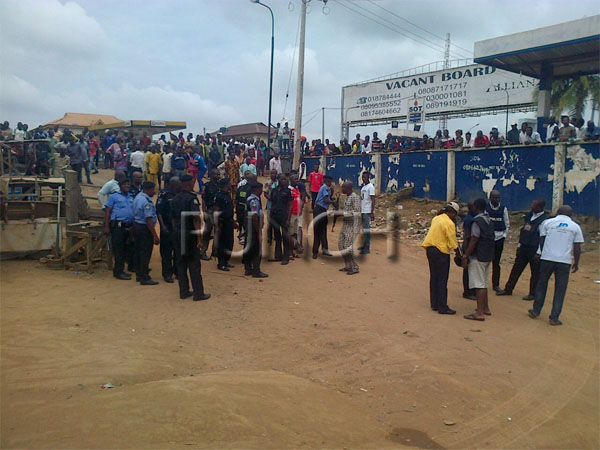 LAGOS, NIGERIA (AFRICAN EXAMINER) – Some suspected militants early Tuesday morning stormed some communities in Igando, a Lagos suburb and disturbed the peace of the vicinity with heavy sporadic shooting.

Many people are said to have sustained injuries as the commotion raged.

Residents confirmed that the suspects arrived as early as 4am; after looted locked shops and shot freely into the air.

The development has since ignited a gun dwell between the suspected terrorists and men of the State Rapid Response Squad (RRS). The security operatives are also engaging the militants with two armoured tanks

The shooting spree was mostly felt at the Ikejobi Avenue, Ewedogbon area. The incident has forced many residents left their homes for safety while some took refuge in other places.