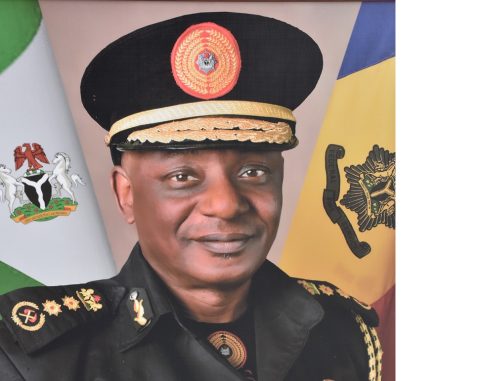 (AFRICAN EXAMINER) – Stakeholders under the aegis of Disaster Management and Prevention Group, have called on the Federal Government to extend the tenure of the Controller-General of the Federal Fire Service, Eng. Joseph Anebi to enable him to complete the good works he has embarked upon at the Service.

The leader of the group, Hon. Johnson Akinyemi said in a statement issued Thursday in Lagos that the call becomes necessary due to Eng. Anebi’s giant strides in positioning the fire service to the level that it can now effectively respond and tackle fire emergencies in all its areas of operations.

Hon. Akinyemi noted that sequel to many compelling challenges, which include: poor funding; dearth of personnel; inadequate working equipment, with little or zero motivation of the existing staff, most of the fire services performances unarguably fall below expectation thus many precious lives and properties worth billions of naira have been lost in disasters, including fires.

According to him, disaster management, including fire in the country, has since changed over time for better attributing this to the creativity, seamless efforts and laudable initiatives taken by the present leadership of the Federal Fire Service, led by its current Controller-General, Eng. Joseph Anebi.

“The Federal Fire Service under Eng. Anebi has witnessed a vast turn around, thus has achieved more results in the aspects of response to incidents of fires; training and re-training of staff and ultimately, adding values to the emergency management system in the country, as well as expanding and opening new opportunities in the sector.

“Since his inception as the CG, the service has responded to a total of 1033 (One thousand and thirty-three) incident of fires.  Following this, properties worth ₦178 billion across the country have been saved. Eng. Anebi has expanded the operational commands in locations such as Katsina, Enugu, Minna, Makurdi, Yola, Zamfara, Sokoto, Jigawa, Uni-Jos, Owerri, Delta and Edo. Ultimately, the initiative was to enhance service delivery as well as to establish federal presence at the state level.

“Having realized the enormous task before the agency, Anebi took another bold step by elevating the level fire service in the area of revenue generation. In achieving this, the service under the current CG has since sealed an agreement for public/private partnership with S.W Global to enhance revenue generation of the service. Side-by-side with this, the agency under its present leadership had strengthened its existing committees within the service: This includes: Staff welfare; Fire Service Bill review committee; Staff housing committee; as well as Budget planning and implementation committee.

“The current CG has penchant for productivity as he had approved the training and retraining of staff locally and outside the country. Members of staff have also been motivated through promotion across the board. This is aside special promotion with a view to further boosting the officer’s morale.

“Similarly, Anebi has approved sponsoring of State Fire Service personnel training on fire investigation and National Fire Safety Code Enforcement at the National Fire Academy. This is to facilitate the implementation of the code across the country.

“Under his watch, the service has carried out the recruitment and training of 621 officers and men to shore up the capacity of the service. In the same vein, Anebi has facilitated the elongation of the Inspectorate Cadre from Compass 12 to Compass 14.

“Mr. Anebi in less than four years of his tenure in the service has demonstrated balance in the practice of religion by two major faithful. This has been achieved by approving places of worship for both Christians and Muslims at Federal Fire Service, HQS.

“Also to his credit, the sum of N4,914,493.33 of death benefit has been paid to the next of kin of 3 deceased of fire officers, sealing agreement with National Insurance Commission (NAICOM) on modalities for the administration of 0.25% fire service equipment maintenance fund is another laudable achievement by Anebi’s administration.

“For good service delivery, the CG rehabilitated 42 operational vehicles in Abuja and Lagos; Established Federal Fire Training School Minna to increase the number of training school to two (2). He also championed the Upgrading/Conversion of chief firemen to the next level.

“The Fire Service boss never relents in his ongoing effort, as he is equally pre-occupied with the revamping and upgrading of National Fire Data Repository Centre (NFDRC) at the Headquarters for effective emergency coordination and Fire data collection and Fire Extinguishers regulation.

“Anebi’s sterling performance has also yielded affiliation of National Fire Academy (NFA) to Nigerian Defence Academy (NDA) for award of M.Sc and Postgraduate Diploma in Disaster Management Sheda-Abuja among others.

“We as stakeholders believe in performance and service delivery as amplified by the performance of the Buhari’s administration and hereby appeal to Mr. President to approve a tenure elongation for Eng. Anebi so as to continue and complete the good job he is doing at the Federal Fire Service.”