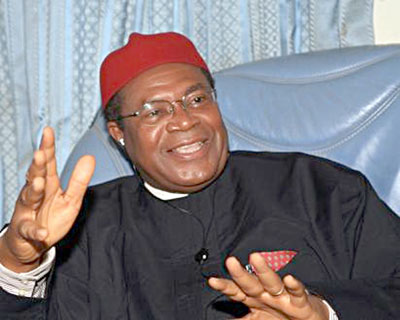 Realising the consequence of heading to the proposed National conference with a divided house, different Igbo groups, on Monday, met with the leadership of the apex Igbo socio cultural organization, Ohanaeze Ndigbo in Enugu to harmonize views the Igbo nation would present at the CONFAB. 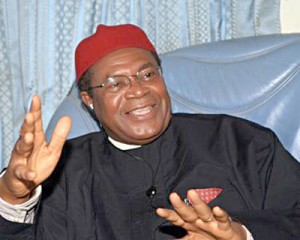 According to the President General of Ohanaeze Ndigbo, Chief Garry Igariwey, some of the Igbo groups that graced the meeting included the Professor Ben Nwabueze’s led dissenting Igbo Leaders of Thought, though, the renowned constitutional lawyer was conspicuously absent.

The Ohaneze president General, who spoke to newsmen at the end of the marathon interaction held at the organization’s secretariat in Enugu, said the meeting was called to rob minds and harmonize positions for the proposed conference.

Igariwey, who had been embattled since he assumed office, stressed that the idea was to have an all inclusive position that would enable the Igbo nation speak with one voice at the conference.

He further disclosed that the meeting set up a committee led by Former Governor Okwesilieze Nwodo to harmonize the positions.

The committee according to him, which has four days to submit its report has the Secretary General of Ohanaeze Ndigbo, Dr. Joe Nworgu, Pro. Ihechukwu Madubuike, Prof. Okere, and Prof. Okafor as members.

He further said the harmonized position would be presented to the general meeting to be summoned again in the next one week.

The President General also hinted that some of the positions are identical, saying  the committee would only fine tune the language so as to make sure that when the people speak, they would speak with consensus.

His word: “We had good attendance and we had fruitful discussions. We are satisfied and we think that within the next one week we call them together again to show them our final position.

“We are still open to other inputs. There had been other documents produced by the Igbo nation in 1994 and in 2005. We believe so much in those documents because they were produced by our best hands and the circumstances that led to those positions have not changed and the issues have not been addressed. “