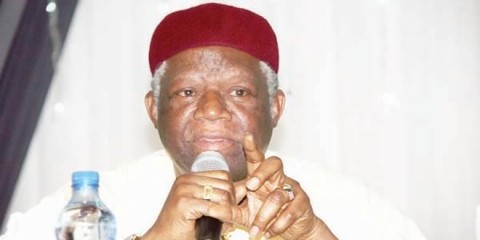 Despite the official inauguration of the national Conference (CONFAB) monday, 17th March 2014 in Abuja, by president Goodluck Jonathan, an Igbo pressure group, under the auspices of Lower Niger Congress (LNC), has opposed the nomination of Gen. Ike Nwachukwu (rtd) as leader of South East delegates. 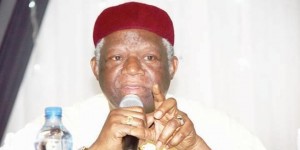 Speaking to newsmen Tuesday in Aba, Abia state, at the end of a town hall meeting put together by the group its Secretary General, Mr. Tony Nnadi, stated that his group rejects Nwachukwu’s nomination as the leader of South East delegates at the conference because he fought against Ndigbo during the Nigerian civil war of 1967 to 1970.

Nnadi however, predicted that the Igbo race may not make any progress at the conference with General Nwachukwu, who was not on her side during the war as the leader of is delegates.

Hear him “What the Igbos need now is to firmly grab the opportunity presented by the national conference to discuss about the union, our being in Nigeria which since 1914 has put us into enslavement and if we still need to be there and continued to be enslaved.

“With the South East delegates being led by someone who fought against Ndigbo during our war of emancipation; we are afraid if we are going to make headway at the CONFAB. He stated

The group scribe therefore, urged Ndigbo not toy with the opportunity presented by the confab to seek the restructuring of the Nigerian federation.

According to him, “Nigeria which was structured to enslave the Igbos has gone to a point where it needs to be reconstructed and the best opportunity has been presented by the confab and that is why we are saying that Ndigbo should not toy with it.

“Since the Aburi Accord of 1967, everybody knew there had been an unfinished business in the project called Nigeria; hence the confab and we should not make the mistake of sending people like Ike Nwachukwu who would not represent the interest of Ndigbo,” he declared.