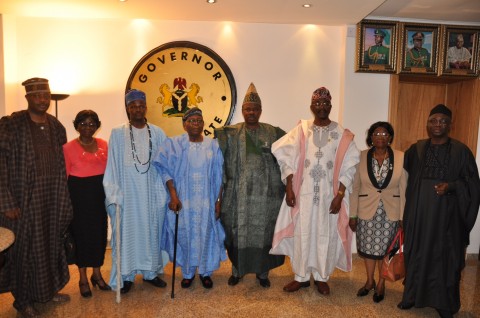 Ogun State Governor, Senator Ibikunle Amosun has unveiled the delegates of the state to the national conference, charging them to champion among other issues the need for true and fiscal federalism, decentralisation of police as well as security and devolution of power. 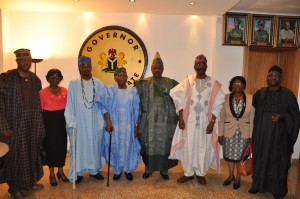 “We must get these right and clearly define the basis of our existence as a nation, he told the members who include elder statesman, Chief Olaniwun Ajayi (Ogun East), leader of the delegation, Senator Biyi Durojaiye (Ogun East) and Olu of Ilaro and Paramount Ruler of Yewaland, Oba Kehinde Olugbenle (Ogun West).

According to him, “When we come together as a nation, we must look at the areas we can benefit from one another.Some have strength in agriculture while others have strength in crude oil. Our association as a nation must be clearly defined without short-changing one state at the expense of the other.

“This makes true and fiscal federalism very necessary. Not that someone will be smiling while another is crying. Our delegates will be going there with the need for decentralisation of police, devolution of power, among others, as their primary focus”, Amosun said.

The state helmsman affirmed that Ogun had its pre-eminent status and heritage which would always be held in high esteem, adding that, “delegates would definitely do us proud at the conference.”

Speaking on behalf of the delegates, Ajayi thanked the state for honour, pointing out that, “we are going to do our best to correct the serious error committed by the British when they were here, which is the failure to observe political geometry.

“We have lived together for 100 years with no stability, concord and harmony. Nations like Brazil, India, China and Russia who were in the same bracket as we were in 1960 are now far, far ahead of us. But we pray and hope that when we get there, we will as Nigerians unitedly in the spirit of give and take, arrive at solutions that will bring peace and progress to this country”, Ajayi stated.