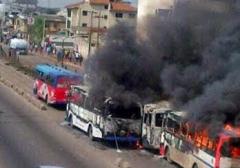 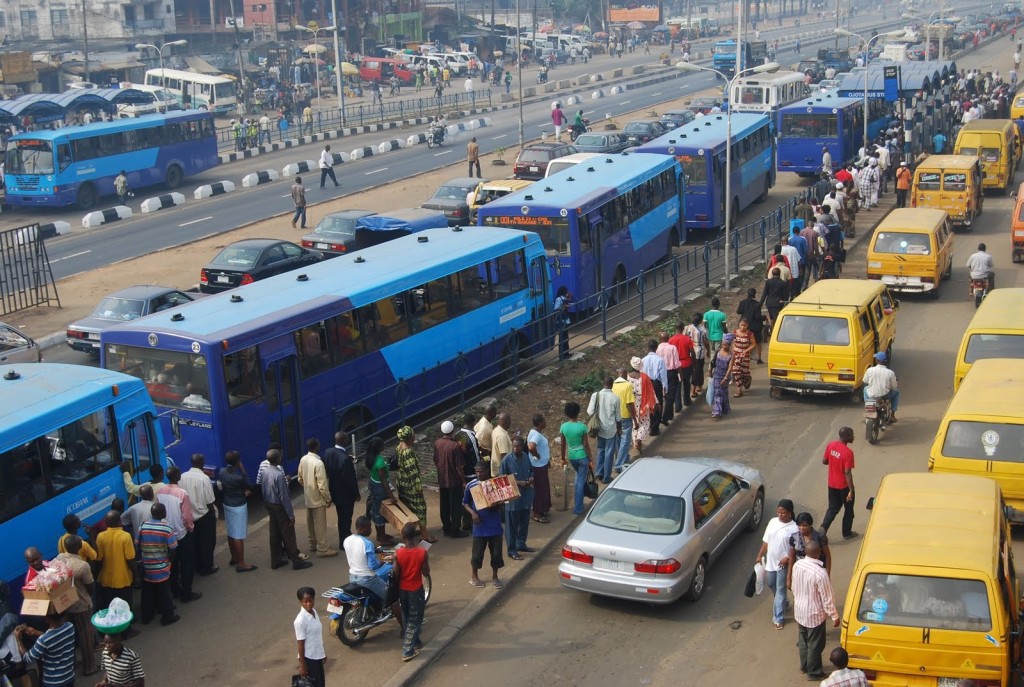 At least, eight BRT buses have been set ablaze and thousands of commuters stranded as soldiers went on rampage at Palmgroove area on Ikorodu Road, Lagos over the killing of their colleagues by a BRT driver.

A BRT bus was said to have strayed off its designated lane to knock off and kill a military personnel who was riding on a motor-bike.

Hundreds of soldiers from a nearby barrack swooped to the scene and unleash terror on passers-by and motorists and vandalised several vehicles and setting ablaze eight BRT buses in exhibition of rage.

An eye witness said about 100 soldiers took over the popular Ikorodu Road at Palmgroove smashing anything on sight with people running helter and skelter in the pandemonium that ensued.

There was immediate traffic gridlock as the soldiers blocked both sides of the road and dared anyone to pass. The police could not do anything as the soldiers were well armed and combat-ready to deal with any situation.

Drivers and passengers on BRT fled as the rampaging soldiers attacked them. Passengers of smaller buses have to abandon the buses and ran for their lives as the soldiers held took over the road in protest of the killing of their colleagues by a BRT bus.

The entire road was deserted, traffic was at a standstill while commercial buses coming from Ojota refused to pick passengers to Yaba area as all they avoided Ikorodu road to avoid danger.

The soldiers were said to have beaten up anybody on sight. They beat drivers and passengers or anyone who moved closer to try to take their pictures.

According to an eye witness, two civilians were beaten up and a guy who was taking pictures was beaten and his phone smashed on the express road.

Lagos State Commissioner for Information and Strategy, Mr. Aderemi Ibirogba, who spoke on the State’s Traffic Radio said it was shocking that the soldiers could take laws in their hands to attack innocent passers-by, saying that the government was in touch with the military authority to bring the situation under control.

“I can only advise the public to avoid Ikorodu road for now. The military authority has assured us that in no time, everything will be under control. The public should bear with us as we did not plan for this,” he said.

The situation was brought under control when the Commanding Officer of the area came to the scene and was able to plead with the soldiers to stop.

Police Public Relations Officer, PPRO, Ngozi Braide could not be reached as her phone numbers were not going through when she was contacted.