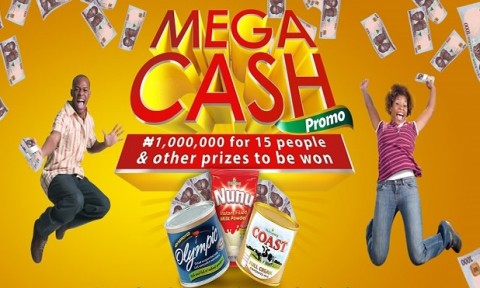 The first sets of winners have emerged in the on-going consumer-reward promo by Nutricima Limited tagged ‘Mega Cash Promo’. 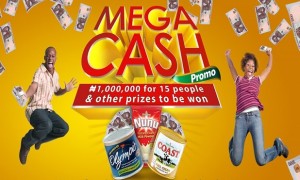 At the first e-raffle draw held last week in Lagos which was witnessed by officials from national and state lottery board, five consumers emerged winners of N1 million Naira, while five others won N500, 000 each. The draws also produced five people who won N250, 000, while N50, 000 went to five more people and twenty others were surprised with N5, 000 cash prizes as bonus wins.

The winners who emerged from various parts of the country were contacted via phone calls during the e-raffle draw recording and were informed on how to redeem their prizes. Most of the consumers expressed joy and excitement for getting cash rewards from Nutricima.

Speaking after the draws, Director, Regulation & Monitoring of the apex Lottery Regulatory Commission, Prince Emmanuel Jeminiwa, said the Mega cash promo by Nutricima was regularised with the commission, making it transparent, credible and accountable.

He said, “The Nutricima promo was regularised with the commission in line with the provisions of the law. Any activation that has to do with chance element is rated as a lottery scheme and every lottery scheme must be regularised with the lottery Commission,” adding that, “the apex authority was contacted by Nutricima Limited and all necessary efforts were made by the regulatory commission to regulate the promotion in order to drive it to this particular level. The first e-raffle draw has been recorded and it is key to every promo that involves consumers.

“The Nutricima mega Cash consumer promo was regularised with the commission and this is the only way you can talk about transparency, credibility and accountability. And this particular draw has demonstrated that. I know that Nutricima will continue on this good foundation,” he added.

More consumers are expected to win millions of naira in subsequent draws. The promo, which is aimed at rewarding new and existing consumers of Nutricima’s range of milk products, started on January 22nd and is expected to end on April 23rd, 2014.

Nutricima Limited, a subsidiary of PZ Cussons, commenced business in Nigeria in 2005 with manufacturing facilities in Ikorodu, Lagos. It produces and markets high-end nutritious dairy and non-dairy beverages like Nunu, Coast and Olympic milk, Bliss ice teas and fruit milks and Yo! yoghurt drinks.