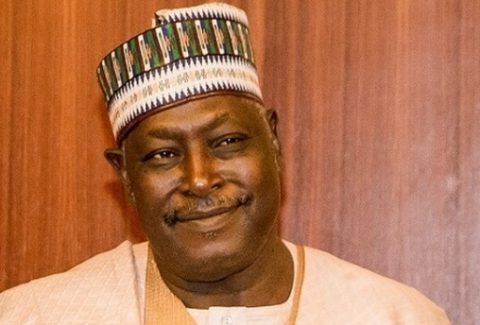 (AFRICAN EXAMINER) – The embattled Secretary to the Government of the Federation (SGF), Babachir David Lawal, on Tuesday appeared before the  the three-man investigative panel headed by Vice President Yemi Osinbajo.

Recall that the panel was set up to investigate allegations of  fraud against Lawal in the award of contracts under the Presidential Initiative on the North East (PINE).

The panel is also probing the suspended Director-General of the National Intelligence Agency (NIA), Ayo Oke, over the N14 billion discovered by the Economic and Financial Crimes Commission (EFCC) at a luxury apartment in Lagos.

Recall that on April 19th, 2017, President Mohammadu Buhari suspended the SGF and the Director-General of the National Intelligence Agency (NIA), Ayo Oke and set up a three-man probe panel to investigate allegations against them.

Other members of the committee are: Attorney-General of the Federation and Minister of Justice, and the National Security Adviser. The Committee is to submit its report to the President within 14 days.