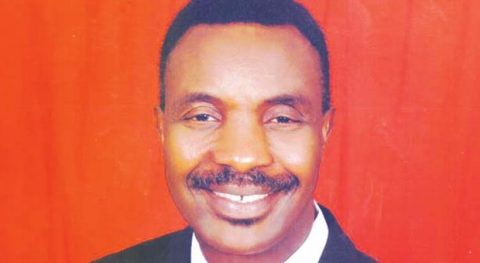 (AFRICAN EXAMINER) – Ahead of the May 9th, state congress of the All progressives Congress APC, the 17 chairmanship candidates of the party in the 2017 council election in Enugu state have endorsed the state chairman Dr. Ben Nwoye, for a 2nd term in office, even as they  presented him with cash of 100,000 to enable him purchase the nomination form.

The candidates, who said they have the support of their Deputies, stakeholders and the 260 ward Councillors candidates in taking the decision, expressed satisfaction with the proactive and pragmatic  leadership style of Dr.Nwoye, since assumption of office.

Speaking during the brief event which took place at the chairman’s Enugu resident, leader of the delegation, and  publicity Secretary of the group, Hon. Chiedozie Nwafor, said “we decided to take this decision, because to whom much is given, much is expected.

“Going by the quality leadership style of our able chairman, and the matured manner he has piloted the affairs of our great  party in the state in the last few years, we are appealing to him to seek for a re-election so as to enable him further nurture and  consolidate the party.

Nwafor who was flanked by the chairmanship candidate of Nkanu West LGA and Vice chairman of the group, Hon. Uche Ugwu,  added that “The party is still growing in the state, and we need someone like Dr. Ben Nwoye to get it stabilized,

He disclosed that the group operating under the platform of Enugu state APC local government chairmanship candidates forum is equally disposed to the re-election of all the party leadership beginning from ward to state level.

Responding, Dr. Nwoye , who expressed surprise and shock over the gesture, said as a man of the people he have no option than to heed to the clarion call.

He said “frankly  speaking, am humbled and thankful to this great men and women of our party for this gesture, recalling how he assumed office in 2014 without any contest

“With this development, “who are my to say no,  I have accepted to recontest and serve our people, because it is not a right, but a privilege” Nwoye stated.

Nwoye, assured the group that he would continue to make internal democracy his watch word.