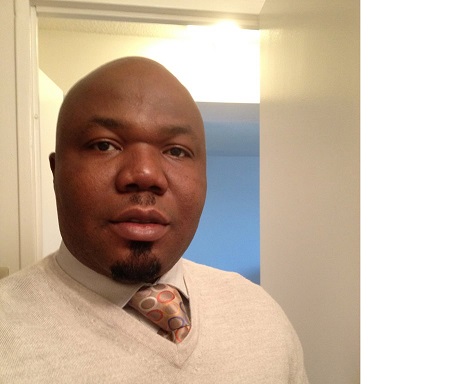 (AFRICAN EXAMINER)- Embattled Special Adviser to the President on Niger Delta and Co-ordinator, Presidential Amnesty Programme (PAP), Prof. Charles Dokubo in conjunction with contractors loyal to him, has paid assassins to kill publisher of Pointblankews.com,  Jackson Ude, for unearthing and publishing damning embezzlements of public funds directly carried out by the public officer.

Ude had ran series of Tweets on his twitter handle @jacksonpbn detailing theft of public funds by Dokubo, who was recruited in controversial circumstance by President Muhammadu Buhari in 2018.

Some of the tweets are “Weeks after I leaked a tape where Mr. Ilem Ilem, Director of Finance, Presidential Amnesty office confessed corruption at the Amnesty office and how Charles Dokubo planned to loot N4.8billion, Ilem has now been moved to the Justice Ministry.

Another tweet was “After I exposed the planned payment of N1.8billion to Jamub, a company linked to Charles Dokubo at the Presidential Amnesty office, they immediately cancelled the payment. They now want to pay Jamub N512million claiming Jamub borrowed the Amnesty office that sum. I am keeping tab.”

There was also a tweet thus “The Director of Finance at the Presidential Amnesty office, Mr. Ilem has just authorized the payment of N1.8billion to a company called Jamub linked to Charles Dokubo. Ilem earlier refusal to pay the N1.8billion was reason Dokubo allegedly used assassins to trail him.”

The Nigerian born U.S citizen disclosed that he has received several death threat from anonymous callers “few weeks after I started exposing the shady deals going on at the Presidential Amnesty Program.”

“On one evening while relaxing at home, I saw an anonymous call on my phone. I usually do not take such calls but on this day I decided to take it and the caller said ‘we know where you are, we will get you, we will get you’ and he hung up before I could say anything,” Ude said.

Ude added “I have received several other calls like that and I have reported to U.S authorities.”

While Dokubo had denied being involved in an alleged N3.2 billion contract scam, he has been  fingered in the looting of the N60Billion training complex in Boro-Town, Kaiama, Bayelsa State.

Ude however revealed that his sources intimated him that Dokubo has been restless over the disclosures of his corrupt dealings and had gone as far as sending out a search party which went to his former residence in Abuja.

The publisher added that the embattled special adviser to Buhari is planning to petition the United State authorities for his deportation.

Ude said, “My sources told me that he (Dokubo) has been searching for my address and eventually stumbled on an old address of mine.

“I was also reliably told that Dokubo would be sending some people to come to the U.S to liaise with people they have contacted in the U.S to trail me and kill me.

“I was told that they also plan to petition the U.S authority alleging I was involved in a scam marriage to obtain citizenship. Unknown to them, I arrived the U.S almost 20yrs ago on asylum from where I became a naturalized citizen.”

Ude however stated that he has since petitioned the Department of Justice and the United State Customs and Immigration Service, USCIS  and the U.S Customs and Boarder Control  “about the threats from Nigeria and have also forwarded all the expose I have done using my twitter handle @jacksonpbn and my news website Pointblanknews.com.”

He added that he has also done an incident report with the New York Police Dept.

Besides, Dokubo’s alleged acts of corruption, he has also been linked to the violence and killings that took place during the 2019 general elections in Rivers State.

It was learnt that he, along side the leader of the All Progressives Congress (APC) and minister of Transportation, Rotimi Amaechi, who use the Army to obstruct the elections resulting in loss of lives in the state.

A source said, “I got informations during the presidential election that Charles Dokubo and APC (Rotimi Ameachi) masterminded the killings of youths and PDP supporters using the Nigerian Army and at least 15-20 people died that very day. But they shifted the blame on PDP but we from the community know what’s going on.”

The source also added “you need to see the house Charles Quakers Dokubo built last year in Abonnema within weeks or say two months. I’m sure he’s still building another one. He has been using money to buy loyalists for the APC in the state.”