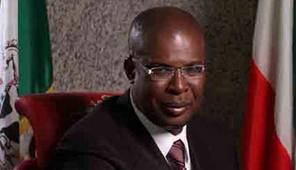 The former governor of Bayelsa state, Timipriye Sylva, has been granted permission to travel to South Africa for medical attention by a Federal High Court sitting in Abuja.

He was granted the permission on Thursday in a ruling on his application for release of his international passport to enable him travel for treatment by Justice Adamu Bello.

“I have decided to give the applicant a benefit of doubt that he needs a medical treatment in South Africa,” the judge said.

Adamu had earlier refused two similar applications filed by Sylva on stating that they were not supported by sufficient facts.

Justice Bello gave the ex-governor 28 days, starting from December 7 to make the trip and return on or before January 5, 2014 and Sylva’s surety is to sign an undertaken, assuring that in case the Sylvia fails to return on the agreed date he would face his trial.

Sylva and several others were accused of defrauding the state to the tune of N2 billion while in office.