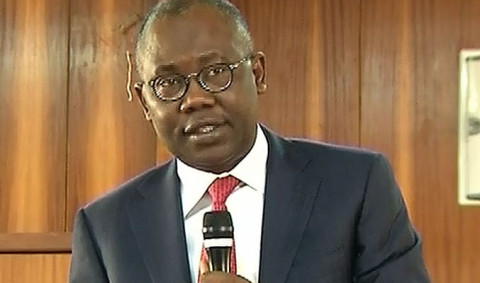 An Ikeja High Court, on Thursday issued a bench warrant on the Attorney General of the Federation, Mohammed Bello Adoke (SAN); his Defence counterpart, Mr. Labaran Maku, the Chief of Defence Staff, Air Marshal Alex Badeh and the Nigerian Army (operating as ministry of defence & defence headquaters) to appear in court and defend an 18.7 billion naira suit over a sealed property. 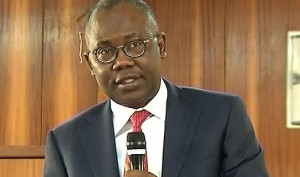 Justice Olubunmi Femi-Adeniyi issued the bench warrant, ordering the Inspector General of Police, Mohammed Abubakar to produce the federal government officials in court, following their refusal to appear in court on Thursday, to defend the suit.

The judge had last December granted an ex-parte motion to be served on the defendants following their refusal to comply with an earlier order instructing them to reopen the closed Mammy Market located within Giwa Barracks, Falomo, Ikoyi, Lagos.

The Defence authorities had in February 2007, sealed off the 225 shops in the market following a one week notice given to the market men and women to vacate the place.

This did not go down well with the operators because of the volume of their investments and property in the market – as the notice did not convey compensation.

During the proceedings, counsel to the market association, Mr. Stanley Ochoga told the court that the settlement move by the defendants was long overdue without head way.

Ochoga said the refusal of the defendants to obey the court’s order and appear in court showed that they are not serious.

He therefore asked the court to issue a bench warant on the defendants to appear in court on the next adjournment.

Responding, counsel to the Attorney-General, Mr. B.R Ashiru prayed the court to give the defendants more time to perfect the settlement.

However, Justice Femi-Adeniyi in her ruling said the settlement agreement was long overdue and the case having started ten years ago.

She said she knew the defendants are still willing to settle but there has not been any concrete move towards that settlement.

The judge therefore issued the bench warrant against the AGF, Minister of Defence, Chief of Defence Staff and the Nigerian Army (operating as ministry of defence & defence headquaters) to appear before the court by the next adjournment on March 27, 2014.