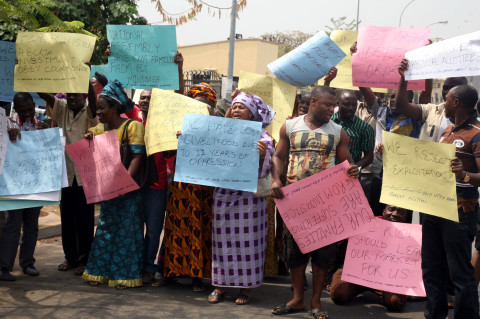 An Abuja High Court on Wednesday, ordered Federal Capital Development Authority (FCDA) and All Purpose Shelters Limited to stop the alloaction of all the shops within Wuye Ultra Modern Market, Abuja pending the hearing and determination of substantive suit. 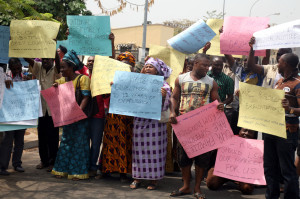 The applicants, including FCDA, All Purpose Shelters Limited and Abuja Investment & Property Development Company, prayed the Court to issue an “Order of interim injunction restraining the plaintiffs/respondents by themselves or their agents, privies, servants or howsoever described from disturbing, tampering with, carrying placards or in any way whatsoever interfering with the commissioning of the Wuye Ultra-Modern Market on the 6th day of February, 2014.

“An Order of court interpreting the maintenance of status quo ante bellum only to relate to the reliefs of the plaintiffs as contained in their Writ of Summons and Statement of Claim.”

The presiding Judge, Justice O. A Musa while granting the prayers of the Applicants, said “The Order of Court is that Relief A & B was not allowed and struck out, that is to say, the Order of the Hon. Court did not affect the opening and/or commissioning of the Wuye Market situate and lying in Wuse District Abuja, but same shall not be allocated to any individual or group pending the hearing and determination of the substantive suit already filed in court and served.”

He further reiterated that “For the purpose of emphasis the Defendants/Applicants are restraints from allocating any of the office or offices in the Ultra Modern Market situate and lying in Wuye District Abuja pending the hearing and determination of the substantive suit.”

While reacting to the ruling, the Counsel to the Plantiffs, Seperibo Peters, noted that “the decision practically restrained the defendants from allocating the shops in the Wuye Ultra Modern Market. So nobody can use the shops and offices because allocation is prohibited.

The plantiff under the aegis of Wuye Ultra Market Owners had on the 2nd January 2014 staged peaceful protest following alleged moves by the defendants to breach the Court Order “maintain status quo ante bellum”.

The plantiff numbering over 370 alleged that All Purpose Shelters Limited had through an advertisement invited members of the public to pay certain amount for allocation of shops in the ambattled market.

All Purpose Shelters Limited had in the two-page advert dated January 8, 2014 asked members of the public to “Rush now while offer lasts” to “pay and pick your keys” contrary to the Order of the Court.

Counsel to the Plantiff had in a petition titled “Threatened violation of Court Orders in Abah Dennis & 369 ORS vs Hon. Minister of FCT & 3 ORS dated 2nd January 2014, described the Defendants action “a bit curious and unlawful for shops that the plantiffs have paid for to be re-allocated to others by the said mentioned defendants.”