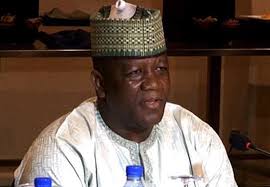 (AFRICAN EXAMINER) – The Deputy Governor of Zamfara State Mallam Ibrahim Wakkala has alleged that his boss, Abdul’Aziz Yari, has sidelined him.

Wakkala made the allegation Sunday in Gusau, the State capital Sunday while speaking with the newsmen.

Wakkala alleged that Governor Yari had denied him his rights and privileges.

“For months now, several of the legal fundings that are supposed to be made to my office have been stopped and I have been completely sidelined by the state government.

“This attitude against me started since I indicated interest to run for the governorship of the state on the platform of our party, the All Progressives Congress (APC).

“I know that nothing stops me as a citizen from contesting for any elective position, so I want those concerned and responsible for the interpretation and implementation of the constitutional provisions that accorded me rights and privileges to explain to me why I am being treated this way.

“If my crime is my declaration, then what about my supporting staff made up of casual staff, feeding of security personnel, fueling and services of vehicles attached to my office, what have they done to have their allowances stopped, “the DG asked.

Wakkala also said that it had still not been officially communicated to him that the Speaker of the State House of Assembly, Alhaji Sanusi Rikiji, would be serving as acting Governor of the state.

“I knew this on the pages of newspapers, the social media and when the state Commissioner of Information told a journalist that I am treated this way because I belong to the G8 group.

“My concern at the moment, however, is to see that Zamfara is free from all these security challenges where the killings, kidnappings and animal rustling have taken charge’’ he added.

While corroborating the accusation, the DG’s Director-general on Media, Malam Yusuf Idris, alleged “the deputy governor is always in his office and nothing is related to him concerning official matters.”

Yusuf insisted that “the only reason someone else aside from the deputy governor that can act in the governor’s absence is when he (the deputy governor) is impeached, removed from office by court order or death and none of these is the case at the moment,” he stated.

When contacted however, Governor Yari told journalists that “my main concern in the state now is how to tackle the security situation and see our people living without any threat to their lives, businesses or property.

“We can only discuss this issue when we begin to talk politics,” he said.

The Zamfara chapter of APC is factionalized between the Governor and his supporters and the G8 made up of eight persons including the embattled DG.