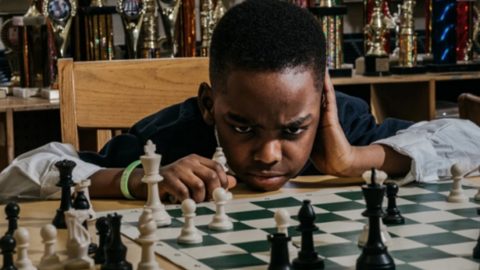 Abuja, March 25, 2019: Hon. Abike Dabiri-Erewa, Senior Special Assistant to the President on Foreign Affairs and Diaspora has described the success of Tanitoluwa Adewunmi, an eight -year old Nigerian Chess champion as a pride to the nation.

In a statement by her Special Assistant on Media Affairs, Abdur-Rahman Balogun, in Abuja, said the feat performed by the young  Tanitoluwa in the Chess tournament is unparalleled and unique.

To this , former U.S President, Bill Clinton has congratulated the eight year-old Nigerian chess champion, Tanitoluwa Adewunmi and also invited him and his parents to his office for personal introduction.

Apparently impressed by the performance of the young Nigerian, Abike Dabiri-Erewa said Tanitoluwa should be celebrated and encouraged to serve as role model for his peers.

She said the outwitting of other children by Tanitoluwa in the Chess tournament in US showed that irrespective of age, determination and focus will earn one the desired goal.

Dabiri-Erewa expressed her determination to arrange a meeting with Tanitoluwa and his parents to serve as an encouragement to other young Nigerians especially in the diaspora.

Adewunmi had won seven chess trophies including the state tournament, where he outwitted other children.

The young chess champion’s family are taking asylum in a homeless shelter in Manhattan after they fled the Boko Haram insurgency in Nigeria since 2018.

Tanitoluwa’s rating is now 1587 and rising fast and he is being compared with the world’s best player, Magnus Carlsen, who stands at 2845.

Tanitoluwa placed first in the New York State Scholastic Championships tournament for kindergarten through third grade, a remarkable win for anyone.