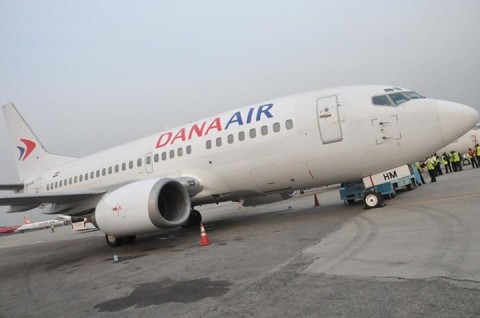 Dana Air has promised that the airline will constantly review its products to offer convenience to her numerous guests as it re-commenced flight operations between Lagos – Port-Harcourt and Port Harcourt – Abuja routes. 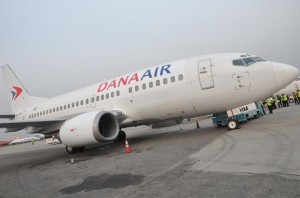 The Chief Operating Officer and Accountable Manager, Mr. Yvan Drewinsky made this assurance while flagging-off the Lagos – Port Harcourt flight at the Murtala Mohammed Airport Terminal 2 in Lagos.

Mr. Yvan Drewinsky said that Dana Air is pleased to embark on further expansion of its route network beyond Abuja by re-commencing flight operations to the oil rich city of Port Harcourt.

“We feel greatly humbled by the unprecedented support we have received from our guests since we re-commenced flight operations and our sense of appreciation is better understood when you consider that within this short while of operating the Lagos – Abuja – Lagos route, customers have shown preference for our product offering as we offer both business and leisure travellers an opportunity to experience an unrivalled hospitality and world-class service delivery”, Mr. Drewinsky said.

He added that Dana’s route network plan is entirely a function of demand by guests and the introduction of the Lagos – Port Harcourt and Port Harcourt – Abuja triangle will bring an array of choice, convenience as well as seamless accessibility to aid travel patterns.

The launch of flight operations to Port Harcourt is sequel to the recent addition of a Boeing 737-500 series aircraft to its fleet as well as the successful operational audit of its entire operations conducted by the Nigeria Civil Aviation Authority Flight Safety Group (FSG) in partnership with their foreign partners.

Dana Air is the only domestic airline to have successfully undergone the audit, which reinforces its strict adherence to internationally accepted flight safety standards.