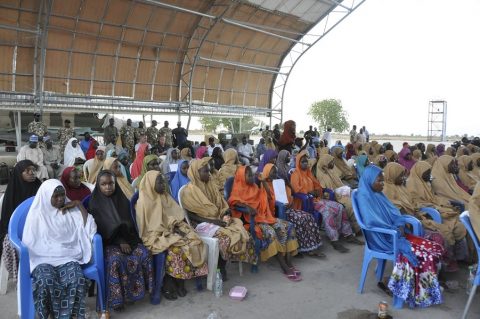 LAGOS, NIGERIA (AFRICAN EXAMINER) – The Muslim Rights Concern (MURIC) has condemned Boko Haram’s attempt to compel the remaining Dapchi girl, Leah Sharibu to use hijab, as well as attempt to force her to convert to Islam on which basis, she has been denied her freedom.

MURIC in a statement issued Thursday in Lagos by its Director, Prof Ishaq Akintola described the actions as ”reprehensible”.

Leah, according to one of the freed girls, Khadija Grema, was not released because she is a Christian and refused to put on hijab or convert.

Citing references from the Quran, the group reiterated that Boko Haram’s doctrine ”is heretical and its methods stand in contradistinction to those of pristine Islam”, while the faith ”forbids forceful conversion or punishment of non-Muslims by Muslims and limits the role of Muslims to admonitions…”

”Once again we reject Boko Haram as an Islamic group. We urge the leadership and members of the group to re-examine its ideological base. Leah Sherubu must be set free because the basis for holding her after setting her schoolmates free is faulty and unIslamic” the group demands.

It charged the Federal Government FG to widen the scope of dialogue with Boko Haram by incorporating doctrinal issues, recommending that Islamic scholars should be involved in such discussions with the insurgents.

MURIC declared: ”this process is sine qua non for the deradicalisation of Boko Haram. Military defeat of Boko Haram alone amounts to a pyrrhic victory without ideological re-engineering.

The association charged FG to go back to the negotiation table in order to secure the release of the only Christian girl among the Dapchi girls who is being held back by the insurgents.

It noted: ”Nigerians have been united in their prayers for the release of the Dapchi girls. FG should note that Boko Haram is not as daft as many people think. By withholding the Christian girl, they seek to divide Nigerians once again along religious lines”.

While expressing solidarity with the parents of Leah, MURIC salutes her courage; berated Boko Haram for oppressing a lone, vulnerable and helpless girl and appealed to Nigerians to invoke special prayers in the mosques and churches for the Christian girl who had the courage to stare her oppressors in the face.

MURIC which called on Nigerians to pray for the freedom of the remaining Chibok girls, insisted, setting Leah free was a task the Nigerian authorities must carry out.