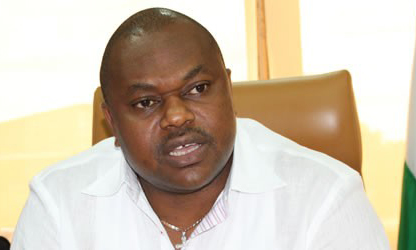 FROM IGNATIUS OKPARA, Asaba – The Delta state chapter of the ruling peoples Democratic party PDP, has announced the expulsion of the former speaker of the State House of Assembly, Victor Ochei, and ex-Secretary to State Government SSG, Obarisi Omo-Agege, from the party.

According to the party, the action was taken against the two former chieftains of the PDP because of their anti party activities.

Announcing the expulsions shortly after the State Executive committee meeting, Chairman of the PDP in the state, Chief Edwin Uzor, said: “Any member of the PDP who left the party to contest against the it’s candidate from another party has been expelled.

The party, also expelled a former member of the Federal House of Representatives, Mrs. Doris Uboh, who is now the Accord Party (AP) candidate for Ika federal constituency, and her Aniocha/Oshimili federal constituency counterpart, Mr. Ngozi Okolie, who lost out in the PDP primary, and secured the AP ticket.

Reacting to the announcement, Omo-Agege, said: “The exercise is a joke taken too far. They should wake up from their slumber and smell the coffee.

“How can PDP expel a man who voluntarily left the party since last year, and is now a bonafide and hap

“We are committed to the struggle of electing a more credible governor in the person of Chief Great Ogboru for the state. We have moved past PDP and we refuse to be distracted.”

Speaking in a similar vein, Mr Ochei said his decision to move out of the PDP was in realization of his desire to render qualitative representation to the people of Delta North and would not be dissuaded by political detractors.