Despite ICC Warrant, Sudan’s Al-Bashir in Turkey For Jerusalem Meets 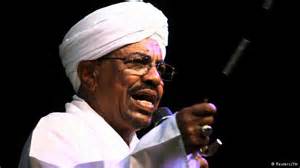 (AFRICAN EXAMINER) – Sudanese President, Omar al-Bashir, was in Turkey on Friday for a meeting of Muslim nations on Jerusalem and Palestine, defying an international arrest warrant against him.

Al-Bashir, 74, is wanted by the International Criminal Court (ICC) on allegations of genocide and other war crimes in Sudan.

Turkish President, Recep Tayyip Erdogan, has been railing against Israel this week, accusing the country of genocide and state terrorism.

In an address to a meeting of the Organisation of Islamic Cooperation (OIC) on Jerusalem and Palestine, Erdogan demanded that Israel be brought to account before the international justice system.

In spite of the warrant, al-Bashir has managed to travel to several countries in recent years, including Arab and African nations.

The Sudanese leader was in Turkey in 2017 for a similar meeting on Jerusalem.

Erdogan met him in Sudan while on an official visit in December.

Fatou Bensouda, the chief International Criminal Court (ICC) prosecutor, has sounded alarm bells that the court’s warrants are being ignored.

In 2009, when Erdogan was Prime Minister, he reportedly said about al-Bashir that no Muslim could commit genocide. (NAN)