Disaster Galore In Borno As Another Teenage Suicide Bomber Killed 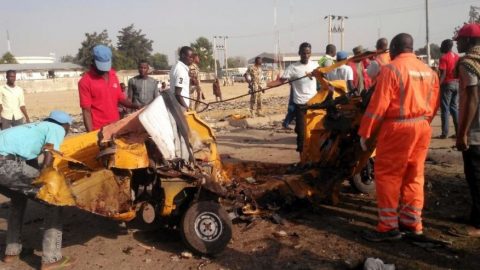 The State Police Command Spokesman Mr. Victor Isuku confirmed that the 12-year old suicide bomber with Improvised Explosive Device (IED) which was strapped to her body was sighted and intercepted at Bara Karaya village behind University of Maiduguri, in Muna Garage general area.

Isuku indicated that the residents alerted the Military, immediately they sighted the suspected terrorist. Following the interception, the bomber was gunned down, while the EOD personnel drafted to the scene detonated the IED vest on her.

Ealier in the day, two suicide bombers and two other victims, including a Professor were killed during the dawn prayer in a UNIMAID mosque. Several others were also injured in the sad incident.