Discard Campaign Of Calumny Against Me -Amuwo Odofin LG Boss 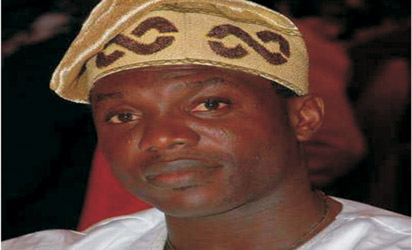 The Chairman, Amuwo Odofin Local Government Area of Lagos State, Nigeria, Ayodele Adewale has called on Lagosians to discard the campaign of calumny against him by sponsored group in the council. 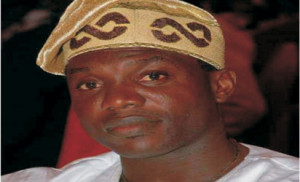 A report was published recently in one of the online news portals, with the caption:  “Festac Residents Raises Alarm over Excesses of Security Outfit, Call for Impeachment of Chairman.” Chairman, Chief Olaitan Ogunsanya and Secretary, Comrade Harry Ogbuefi, on behalf of Festac Residents for Sanity (FRS), signed the said release.

Adewale fingered the Area ‘E’ Commander, ACP Dan Okoro as the brain behind the campaign of calumny against him for instigating a protest against the ACP’s supposed lawlessness.

A statement from the Information Unit of Amuwo Odofin Local Government denounced the report, saying that the FRS led by Ogunsanya was illegal.

“The issues raised are pretty laughable and better left in the court of public opinion. Ordinarily, we do not want to join issues with an organization that is not recognized, the only recognized body, is the one chaired by Comrade Jola Ogunlusi, known as Festac Town Residents Association (FTRA), but we have a responsibility to set the records straight for the good people of Amuwo Odofin Local Government in particular, Lagosians, Nigeria in general, in the defence of the truth,” it stated.

“To say the least, the report did not only grossly misinform unsuspecting members of the public, it also portrays traces of campaign of calumny by some mercenary hirelings hell bent on derailing the good works of the present administration in Amuwo Odofin LG led by Comrade Ayodele Adewale. What is more,  is that the report therein is not only false and misleading but also lacking in merit.

“Having read with keen interest the completely self-serving spirited attempt to comprehensively misinterpret the true situation with respect to the report, it has become imperative and timely that the unsuspecting public be informed of the true situation,” the council said.

The statement said the  law includes protection of the green lawns and walkways, prohibiting trading and parking of cars at walkways and green zones, and prohibiting heavy duty vehicles in gaining entrance into Festac Town and other residential areas that had light roads among others.

“It is however disturbing to note that, some residents and visitors alike are adamant in destroying our environment. A sorely case in hand, precisely on the 13th and 14th of October, 2013 was when men of the Nigeria Police, attached to the Area ‘E’ Commander, ACP Dan Okoro led a 40feet container driving through one-way and damaging the barricade. They destroyed the barricade and up till now, the baricade has not been fixed by ACP Dan Okoro.

“It is however disturbing to note that, some residents, visitors alike and ACP Dan Okoro have refused to key in. The Local government has spent several millions of naira, constructing, rehabilitating and maintaining Festac Roads, which ordinarily is out of its jurisdiction,” it stated.

“For instance, if you visit the Festac Police station, you will see abandoned vehicles parked in front and along the station, along 2nd avenue precisely. This is totally uncalled for. The Executive Chairman of Amuwo Odofin Local Government, Comrade Ayodele Adewale has repeatedly called on the Area ‘E’ Commander, ACP Dan Okoro to remove the abandoned vehicles in his domain despite that, the inspector general of police and Lagos State commissioner of police and the Governor of Lagos State have all directed the removal of these vehicles from our roads to be safe.

“The local government wishes to inform the general public to discard the report as a formal report have been made to the Commissioner of Police Lagos State and the Executive Governor of Lagos,” it stated.