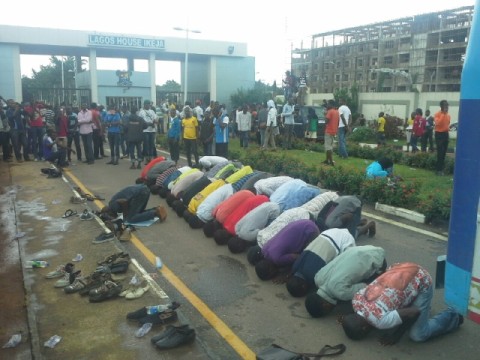 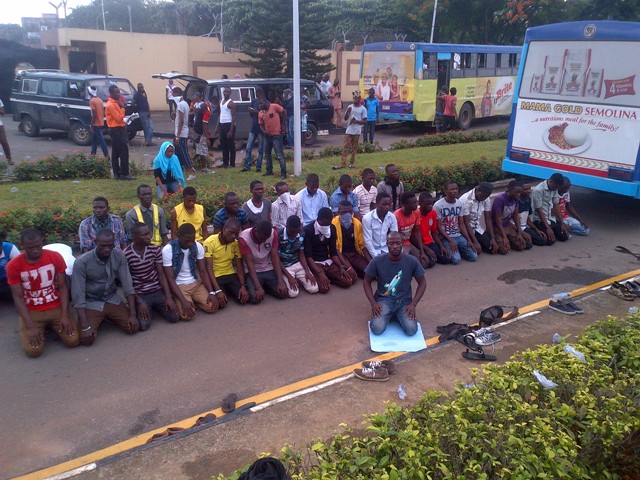 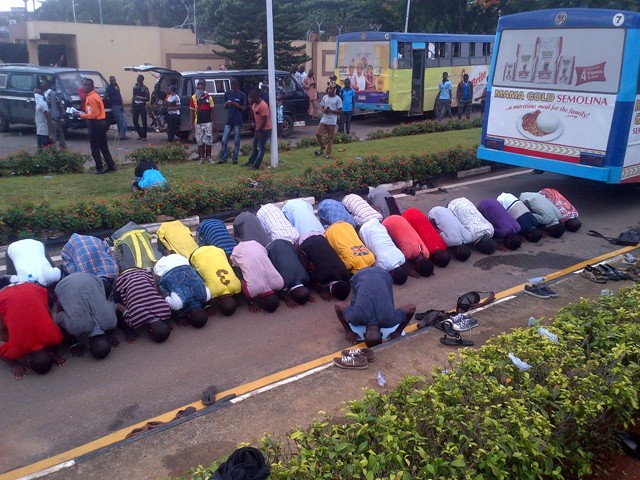 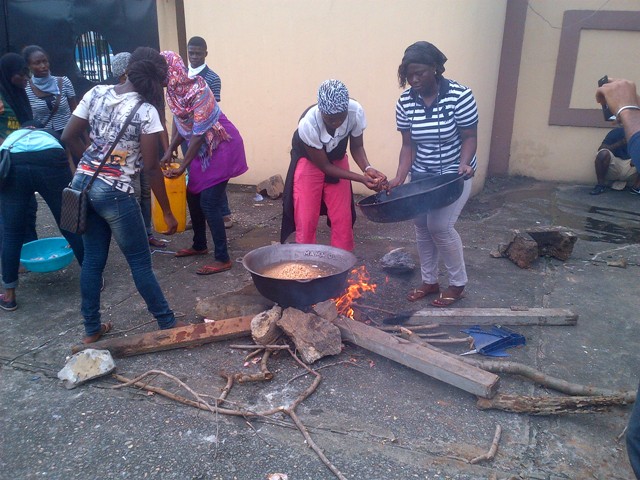 LASU female students cooking at the entrance to Fashola's office 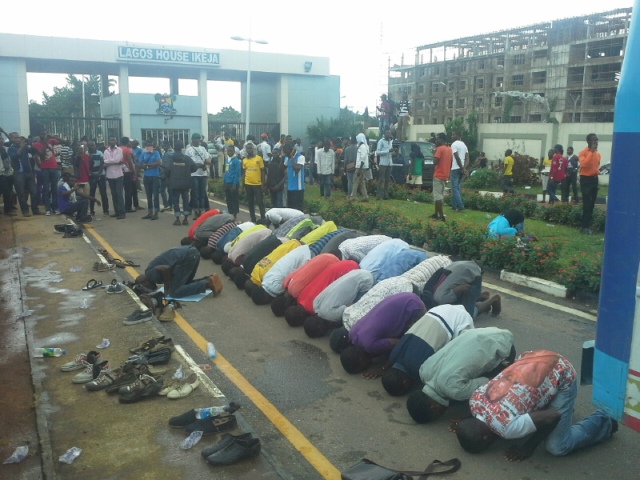 It was drama on Thursday as aggrieved students of the Lagos State University (LASU) shutdown Governor Babatunde Fashola’s office in Ikeja, Lagos as they demanded immediate reversal of the obnoxious fees students were made to pay in the school. 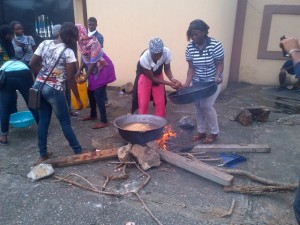 LASU female students cooking at the entrance to Fashola’s office

Despite assurance by the Lagos State Government that Fashola will approve a reduction in the fees on Monday, the irate students were not convinced enough as they stormed the governor’s office around 3:30pm in two BRT buses and about five danfo buses with placards and immediately barricaded the entrance to the Governor’s office while chanting anti-Fashola songs.

With the students in their hundreds occupying the entire entrance to the Governor’s office, no vehicle could enter or come out of the office while security officers hurriedly shut the gate against the students.

For the space of three hours, the governor’s office was a theatre of drama as the students danced to Fela’s songs and dared policemen at the gate to repel them, saying that they were ready to die to ensure that the fees were reduced by the government.

The students boiled water before washing the beans for cooking with onions, magi and oil were added as spices to make the beans delicious.

Security was beefed up at the governor’s office as about 10 police van conveying policemen stormed the area to ensure that the students were not unruly. They were fully armed and ready for action.

Also, the three entrance to the Lagos State House of Assembly, behind the governor’s office were shut by security personnel to prevent the4 students gaining entrance into the Assembly. The students carried placards, some of which read: “No to fee hike in LASU,” and “Reduce our school fees now,” adding that “we are ready for anything, let them kill us.”

Spokesperson of the protesters and President, LASU Students Union, Temilola Nurudeen said the students were ready for the worst and would not leave the scene until the governor addressed them, saying that they were ready to take their destiny in their hands. 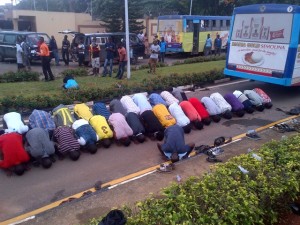 LASU students praying at the entrance of Fashola’s office

“Education should be free from primary to tertiary levels if Governor Babatunde Fashola (SAN) wants to practice what is in the manifesto of All Progressives Congress (APC). It should start from Lagos State, which is the basis of the party. It was from Lagos State that the APC was established before going to other states. Governor Fashola should come out and tell what we are supposed to pay. We cannot wait again. It is taken too long.

“Our school is shut down. Everything has turned upside down. Students are dropping from the university on daily basis. We decided not to engage the party leaders because the people in government do not understand any language. The only language they understand is protest. They have been promising that they will get back to us soon and very soon. Anything can be soon. So, we do not want to engage the leaders of the APC.

Nurudeen added that Fashola “has always promised us better rewarding future. How can we have a rewarding future without education? He has denied us good education. He has neglected the law that created LASU. We wanted to go to court, but we decided not to go to court because we need to resolve this issue. Governor Fashola has violated Section 3(1) of the law that established the institution. The section states that the university should be made available for all people irrespective of their socio-economic background and status. Now, the governor has made LASU the University of the Rich.

“Before their arrest, I told the police to arrest me instead of our colleagues. We are not deterred. We will not stop until we hear something from the government. If the governor refuses to come out, we will remain here until he comes out. If the governor can respond to issues that are less important than this, he should come out and respond the students of the institution. The governor must come out and speak to us. We are ready to engage him.”