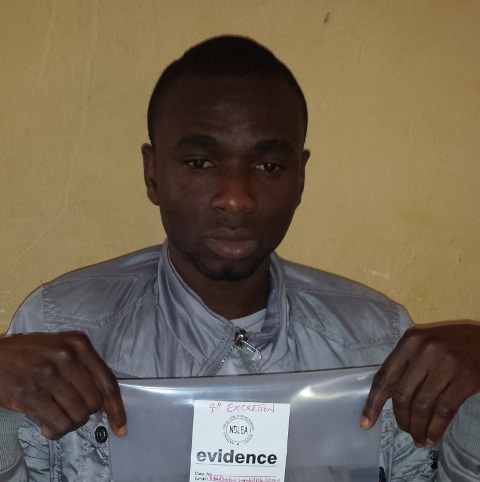 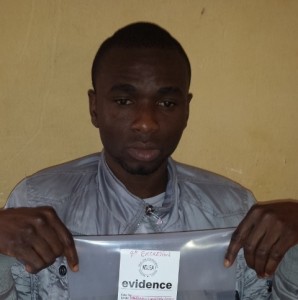 The suspect, a 32 year-old 400 Levels Fine and Applied Arts student at the Nnamdi Azikiwe university Awka, was arrested during the inward screening of passengers on an Ethiopian flight from Brazil enroute Addis-Ababa.

Mr. Nsikak- Abasi Udoh, head of  NDLEA at the Enugu intentional Airport, who confirmed the arrest disclosed that the suspect excreted 25 wraps of a liquid that tested positive for cocaine.

Hear him: “The suspect excreted twenty-five (25) wraps of liquid substance, When tested with the United Nations drug testing kit, it tested positive for cocaine weighing 1.250kg.

“This first arrest and seizure is exciting to us because we just commenced operations at the Airport.”

Answering questions from newsmen, the suspect, who hails from Ihiala local government area of Anambra state said “I am a 400 level student of Fine & Applied Arts at the Nnamdi Azikiwe University, Awka, Anambra State”

“I wanted to use the half a million naira (N500,000) they promised to pay me in developing my Art Gallery. They assured me in Brazil that authorities will not be able to detect liquid cocaine, so I was confident.

“Unfortunately, things have turned-out the other way. I regret my involvement in drug trafficking”.

Meanwhile; Chairman/Chief Executive of NDLEA Ahmadu Giade, has expressed happiness with the arrest.

He said, “the Agency accords high priority attention to all the airports. We shall continue to up-scale our operations at the airports and prevent drug trafficking syndicates from using the nation’s airports”.

The NDLEA helmsman, however,  advised members of the public to always engage in legitimate businesses at all times, pointing out that a good name is far better than ill-gotten wealth.

He disclosed that the suspect would soon be charged to court for further actions.