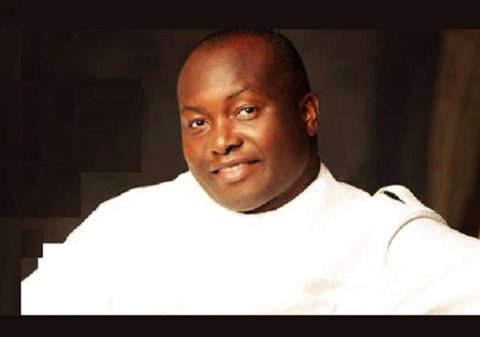 A statement by Tony Opuiyo of the DSS, said the arrest was sequel to Uba’s engagement in acts of economic sabotage which include stealing, diversion and illegal sale of petroleum products stored in his tank farm by the Nigeria National Petroleum Corporation (NNPC).

“So far, it has been established that the products stolen amount to over Eleven Billion Naira (N11bn). There is no doubt that Ubah’s acts have the capacity to negatively impact on national economy.

“It is instructive to note that UBAH has further engaged in other activities inimical to national security and public order. In furtherance of his gimmicks to undermine the government and people of Nigeria, he has incited members of the Petroleum Tanker Drivers (PTD), a critical player in the downstream sub-sector of the Petroleum Industry, to refuse/stop the lifting of products.

“This is part of his plans to curry their sentiments and cause them to embark on strike and also stage protests in his favour with the ulterior motive of arm-twisting the NNPC to abandon the cause of recovering the stolen products. “The implications of this on law and order is, in fact, a common knowledge. It is consequent upon this that the Service arrested and will prosecute him forthwith.

“It will also support such agencies to bring to book individuals or companies involved in any criminal act that undermines the nation’s economy,” Opuiyo stated.