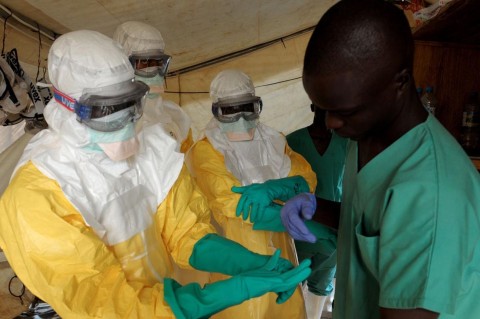 Efforts geared towards fighting dreaded Ebola Virus Diseases (EVD) has been intensified in the country as designated centre for the suspected victims has been opened in the Federal Capital Territory (FCT), Abuja.

The FCT Minister, Bala Mohammed announced this Tuesday while inaugurating a 25 – member committee during an interactive forum to work on the various modalities with respect to prompt and coordinated response to check outbreak of the virus as well as creating awareness about it.

The centre, according to the Minister was located in a special ward of the General Hospital, Kuje, in Kuje area council of the country’s capital.

Mohammed disclosed that every precautionary step and facility has been put in place at the designated wards of the Hospital, stating that the choice of the Hospital was due to his easy accessibility.

However, the Council Chairman, Shabal Tete has taken exception in the choice of the hospital, saying his concern was due to the fact that the area was predominantly resided by illiterates.

Meanwhile, contrary to warning by some experts against using human Ebola victims for experiments, describing it as unethical, the World Health Organization (WHO) has hailed the approach but advised that the patient’s consent must be sought before the application.

In a statement released by the body,  WHO guided that the patients should give consent where possible, before being  treated with the drugs while the entire process should be made transparent.

The United States (US) has just promised it would connect Liberia, one of the most affected West African countries with the manufacturing company of her ZMapp EVD experimental drugs to treat its doctors presently down with the deadly virus.