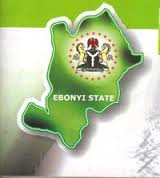 The Ebonyi State House of Assembly has expressed surprise over the recent collapse of the 60 million naira ongoing Centenary Tower being constructed by the state government in Abakaliki, and has ordered a full scale probe into the incident.

To this end, the House has directed its Committee on Works to immediately commence investigation into the remote and immediate causes of the collapse of the edifice, which it described as a big embarrassment to the government and people of the state.

Moving a motion on the incident Tuesday during its plenary session, the member representing Onicha East Constituency, Mr. Obasi Odefa, regretted that the state has lost so much to the collapse of the building.

The lawmaker  therefore, urged his colleagues to mandate the committee on works to investigate the accident.

Odefa opined that all those involved in the construction, especially the contractor and the state Ministry of Works,  should be summoned to make presentations on the matter.

In their contributions, other lawmakers condemned the  collapse and supported the call for. Thorough investigation.

Hon. Chukwuma  Nwazunku, speaker of the House, put the motion to a voice vote and it was unanimously adopted.

Nwazunku therefore, directed the Works Committee to immediately commence investigations on the collapsed tower with a view to finding out the remote and immediate causes.

The works committee, headed by  Mabel Aleke representing Ohaukwu South state constituency, has two weeks to submit its report to the  Assembly.

African Examiner reports that the Centenary Tower being constructed by the State Government at the entrance of Ochudo secretariat in Abakaliki, the state capital collapsed last saturday.

The edifice was being built at the cost of N60million to commemorate the amalgamation of the Southern and Northern Protectorates of Nigeria in 1914 by the British government.

However, no life was lost in the unfortunate tragedy as there were no workers at the site at the time.

Reacting to the development, the state Commissioner for Works, Mr. Chukwuma Nwandiugo, disclosed that the project was initiated, awarded and being supervised by the Works sub-committee of the state’s Centenary Committee and not his ministry.

He dismissed rumours making the rounds that the incident was due to poor quality of work.