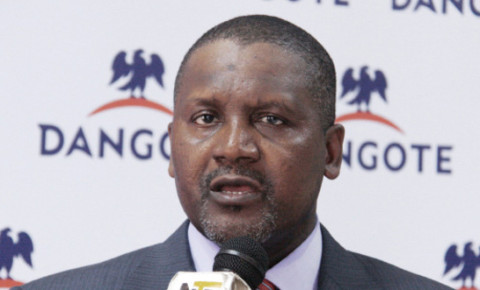 President of Dangote Group, Aliko Dangote has advocated the introduction of backward integration policy in other critical sectors of the economy where the nation depends on heavy importation so as to boost local production and create more jobs for the populace. 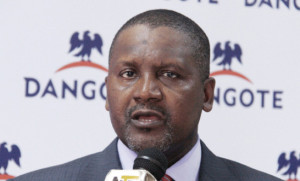 He described the policy as a good one for industrial revolution and referred to Cement industry where the policy has helped the nation to produce to meet home consumption needs of the commodity and even propelling export.

Aliko, who was speaking in his office in Lagos at the weekend while receiving a group of business executives who paid him a visit lauded the policy which he said encouraged the local manufacturers of cement to increase productions to catch up with the national consumption need.

According to him, the Dangote Group is already leading the campaign in sugar sector now just as it has done in cement adding that the company is focusing on agricultural sector.

He explained that the Group’s involvement in agricultural sector of the nation’s economy was principally motivated by the desire to create more jobs and empower Nigerians and make Nigeria self-sufficient in food and beverages production.

Dangote said the Group is of the belief that agriculture is one area through which the teeming employable but unemployed Nigerians could easily be engaged because it has the potential for the largest number of job opportunities.

“It is against this background that Dangote Group began to look into ways of delving into agriculture having been a strong player in quite a number of businesses in sectors such as cement, flour, Salt, Beverages, Real Estate, Iron and steel etc  through which several thousands of Nigerians are gainfully employed”, he stated.

The move by the Dangote to key into the backward integration in sugar sector, he pointed out was in response to the policy formulation by the federal government when in effort to raise domestic production set up the National Sugar Development Council (NSDC) to regulate the industry.

Said he “while the Sugar refining creates jobs, the sugar cane plantation aspect of the business is the real job spinning economic activities. Hence the decision of the Group to bid for one of the state owned Sugar Companies. In 2002, we bought the moribund 50, 000 tons per annum capacity Savannah Sugar Company Limited in Numan, Adamawa State. We quickly went into its complete turn-around.

“To put the Company back in shape, we started investments of several billions of Naira. Specifically, N12bn initial investment was made by Dangote Group as core running expenses into the business after the take-over in the first five years.

“Today, total production hovers between 15, 000 and 16, 000 tons down from 30, 000 tons per annum recorded after the completion of initial turn around project due to issues with the Community. Savannah Sugar cultivates a total of 18,000 hectares. It employs approximately 20,000 people made up of direct employees and farmer out growers.

“As a front line player in the backward integration policy, the Savannah sugar’s projection is to produce one million tons of white sugar by 2015, cultivating
100,000 hectares in about six states of Sokoto, Kebbi, Jigawa, Taraba, Kogi and Kwara and employing over 50,000 Nigerians.

“There are opportunities if we can push through the backward integration policy in other sectors. It opens up the space for local investors to come in.”