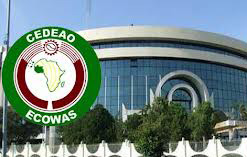 (AFRICAN EXAMINER) – ECOWAS might lift painful economic sanctions against Mali once an interim president is inaugurated on Friday, the bloc’s envoy said on Thursday.

Nigeria’s former president, Goodluck Jonathan, said this after landing in Bamako for talks as head of a delegation from the bloc.

Recall that the military in Mali had staged a coup in the country on Aug. 18, a development which ousted President Boubacar Keita.

Comments suggest the 15-member ECOWAS could accept the candidates picked this week to lead the transition of power, although they do not have the fully civilian background the bloc had demanded.

The easing of sanctions would be a relief for Mali, whose imports have slumped 30 per cent since its neighbours closed borders and halted financial flows after the ouster of Keita.

“I am very happy with what is happening now in Mali.

“The young soldiers who have taken power are doing a job in line with what the (ECOWAS) leaders wanted,” said Jonathan.

It had not previously been clear if ECOWAS would agree with Monday’s nomination of former defence minister and Retired Col. Bah Ndaw as interim president, particularly as the leader of the junta that seized power, Col. Assimi Goita, is set to be vice president.

But Jonathan told journalists: “I hope that after the inauguration of the president on Friday the sanctions will be lifted.”

International powers feared the coup could further destabilise the country and undermine a joint fight against insurgents there and in the wider Sahel region.

Underscoring the insecurity, three Malian soldiers were killed on Wednesday when militants ambushed their patrol in Mopti region near the border with Burkina Faso, the defence ministry said in a statement.

Meanwhile, the Malian Council of Shippers has said that the country could face economic crisis if the ECOWAS sanctions were not eased.

“In the coming days stocks will be exhausted, and we will see supply disruptions, production stoppages, layoffs, a paralysis of economic activity,” the group’s president, Ousmane Babalaye Daou, said.

Mali imports 5 million tons of goods annually, from woven cotton to cement, some of which arrive at ports across West Africa and are trucked hundreds of miles inland.

Stockpiles have cushioned the blow so far, but new orders from Asia or Europe take up to two months to arrive, Daou said.

Essential imports, including petrol, food and medicine, are exempt.