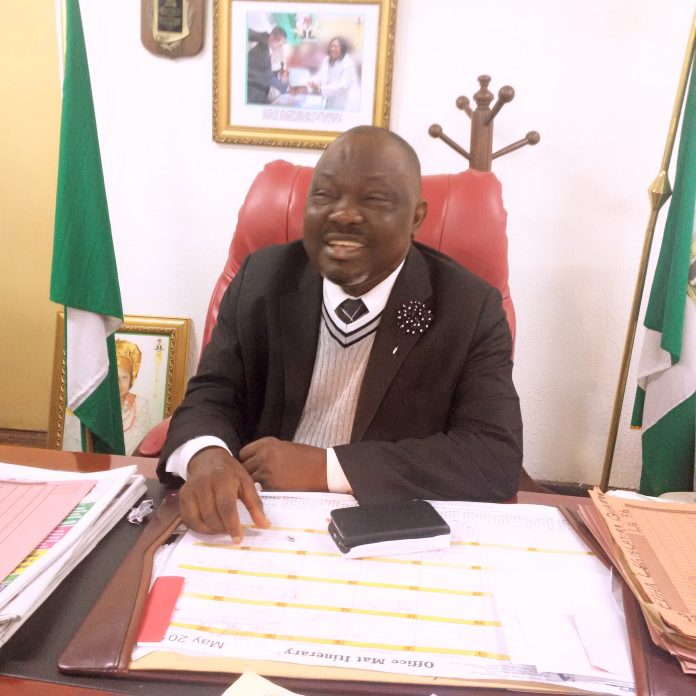 EDO, NIGERIA (AFRICAN EXAMINER) – A brief reshuffle in the Edo State House of Assembly has resulted to replacement of the immediate past Speaker, Mrs. Elizabeth Ativie with her Deputy, Hon. Justin Okonoboh as the new Speaker.

Mrs. Ativie has now been moved to the position of the Deputy Speaker.
The development started at the Monday plenary when the former Speaker indicated her willingness to step aside as the Speaker.

The announcement was followed by Hon. Ogedengbe’s motion to the effect of the replacement. The lawmaker in his motion said the change was aimed at moving the State forward; ensure fairness and equity in the system, in particular that the three State’s Senatorial districts were properly accommodated in the political appointments.

After, he moved that the former Speaker Mrs. Ativie, should step down; assume the office of the Deputy Speaker while her ex-Deputy Speaker, Hon. Okonoboh, rise to the position of the Speaker.

Hon. Ogedengbe clarified further that the major adjustment was necessary so as to ensure fairness in the State’s political system.

The replacement is on the premise that the outgoing State’s Governor Comrade Adams Oshiomhole, is from Edo North senatorial district, while his Deputy, Dr. Pius Odubu and the replaced Ativie both hail from the Edo South.

Dr. Okonoboh who is representing Igueben constituency is from the Edo Central Senatorial district.

The motion for Ativie’s replacement was supported by18 out of the 24 members of the State’s House of Assembly.

The new Speaker was immediately sworn-in and assumed duty around around 11am on Monday.

It would be recalled that the immediate past Speaker assumed office May ‎3, 2016, following the impeachment of her predecessor, Hon. Victor Edoror.