EFCC Arrests 16-year-old, 28 Others for Internet Fraud in Imo 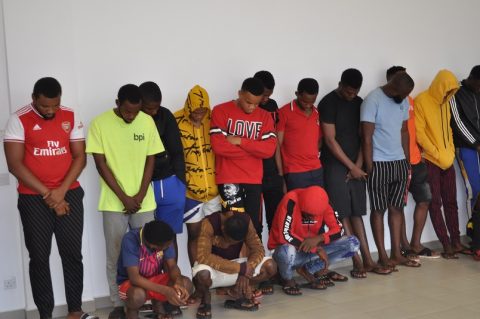 The suspects, who are believed to have used different pseudo names to defraud their unsuspecting victims, were arrested following intelligence and a three days surveillance on their hideouts in Bishops Courts’ Malo Lodge, Umuagu Mbieri and King David’s Suite in Owerri.

In one of the locations, some of the suspects in an attempt to secure some computer hard-drives and phones inserted them inside a bag of rice in the room, but all were recovered through a diligent search by the Commission’s operatives.

The suspects have given useful information on their illicit activities and would be prosecuted upon conclusion of investigations.