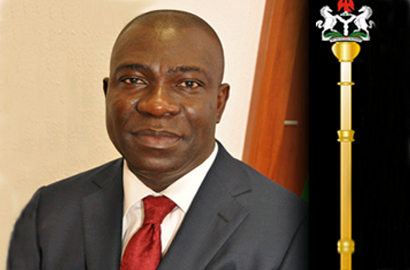 *Say No Regret Voting Against Buhari

FROM IGNATIUS OKPARA, Enugu – The Deputy senate president, Chief Ike Ekweremadu, and South-East caucus of the peoples Democratic party PDP, says the Igbos have no apologies voting against the president- Elect, and candidate of All progressive Congress APC, General Mohammadu Buhari during the March 28th presidential poll.

Ekweremadu said: “Let me assure you that Ndigbo have done nothing to be ashamed of and we owe no one any apologies for casting our ballots for the PDP”.

“For me, therefore, our voting pattern is rather a defining moment for Ndigbo because we spoke with one voice and we are proud of our electoral decisions.

“We voted for a party that integrated us into the mainstream of Nigerian politics, elected/appointed our people into strategic offices, and addressed some of our major infrastructural challenges.

“You would agree with me that Enugu West in particular has never had it so good in infrastructural transformation.

“So, we took a principled position and accept full responsibility for our political choices.

Chief Ekweremadu stated that he would remain in PDP despite the party’s failure to deliver its candidate, president Goodluck Jonathan during the 28th March presidential election.

He declared “On PDP we stand”

Also, briefing newsmen after a meeting of the party’s leadership in the South-East held at the Enugu residence of Ekweremadu Tuesday, the group’s spokesman and National Vice Chairman of PDP south east, Col. Augustine Akobundu (rtd) said as a zone, the South-East delivered all their votes to the PDP and that they were proud to do so.

He said the party has resolved to remain firmly in Nigeria as an opposition party.

The had party used the opportunity to thank all members of the party including the governors, stakeholders and the people of the zone for working tirelessly and voting massively for the party during the last elections.

Col. Akobundu, who is also the minister of state for defence, called on the people of the zone to do same in the forth coming elections, saying that they would remain resolutely in the party and would not be move to another party.

He promised the people that they would deliver all the goodies that were due to the zone through negotiations.

According to him, “Everything that we need to do to deliver the goodies that our people deserve in the zone, we can bring through a very solid platform of negotiation. We will do that as a zone and as a party”.

The group also said they will open up talks with their brothers and sisters from the south-south who also showed strong support for the PDP to form an alliance in order to come out stronger because it is obvious that the south east and the south south are core PDP zones.

The group also revealed that they have formed a committee within the zone that will be the platform for any negotiations either with their sister zones or with the government at the centre.

They also condemned the reported outburst of the Oba of Lagos against the Igbos describing it as unbecoming of a revered traditional ruler and urged the Igbos in Lagos to go all out and vote for the PDP saying that nothing will happen to them.

In his words, “Let me use this opportunity to condemn the outburst of a seemingly respected traditional ruler that made remarks that if the Igbos vote against his APC candidate in the governorship election, that he will consign them to the lagoon.

“It is unbecoming of a traditional ruler. This is a multi-party democracy and people have choices to make. I want to on behalf of our people in the south east urge our people to go out and vote for the PDP. Nothing will happen. This is democracy.”