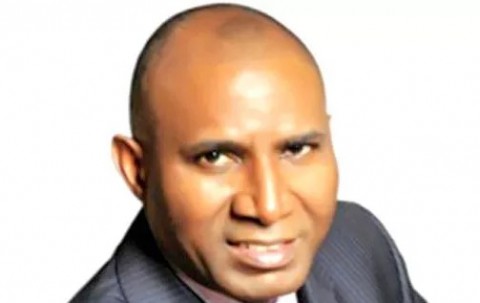 (AFRICAN EXAMINER) – The Senate has suspended Senator Ovie Omo-Agege from Delta state for 90 legislative days for challenging the National Assembly on the electoral act amendment reordering the sequence of Nigerian elections.

Similarly, the Senate has disbanded the Parliamentary Support Group for President Buhari which have Sen. Omo-Agege, Senator Adamu Abdullahi and others as members.

The suspension was part of the recommendation of Senate committee on Ethics and Privileges that conducted investigation on the issue.

Recall that Senator Ovie Omo-Agege had told the media that the amended re-ordering of elections sequence was targeted at President Buhari re-election bid.

While presenting his committee reports on Thursday, Senator Samuel Anyanwu informed the Senate that embattled Senator Omo-Agege had dragged the senate to court over the issue after he had rendered apology over his earlier statement.

But a plea to the senate by the Majority Leader, Ahmed Lawal  to accept Omo-Agege’s apology and asked him to withdraw the case from court fell on deaf ears.

The Deputy Senate Leader Bala Bin Nallah disagreed saying that the issue should be viewed without sentiment.

In his closing remarks on the issue, Senate President Bukola Saraki, before putting the voice vote on the suspension, said discipline should be considered to serve as deterrent for others.

African Examiner reports that with this development, Senator Ovie Omo-Agege will not participate in any Senate activity in the next 90 legislative days and will not receive any  remuneration during the suspension.