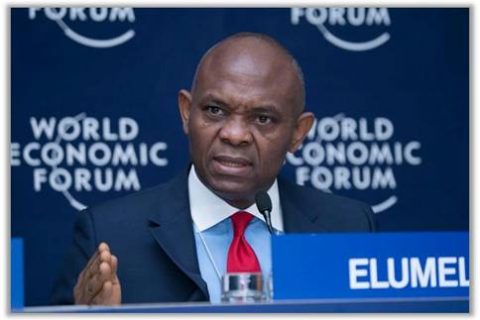 Elumelu will join global business and political leaders during the event, bringing a message of Africa’s continued economic renaissance and of the critical role that Africa’s private sector is playing in the continent’s transformation. Heirs Holdings executives accompanying Elumelu to the Forum include Transcorp Hotels CEO Valentine Ozigbo and the CEO of The Tony Elumelu Foundation (TEF) Parminder Vir OBE.

Elumelu attends WEF as both Chairman of Heirs Holdings, whose pan-African interests include financial services, energy, real estate, healthcare, power and agriculture; and as Founder of the Tony Elumelu Foundation. The meetings will also provide the opportunity to highlight the $100 million entrepreneurship incubator, the TEF Entrepreneurship Programme. Already, 2,000 African entrepreneurs have benefited from training and seed capital.

This year alone, applications for the 3rd cycle of 1,000 places, which closes on 1st March, are expected to exceed 50,000. Given the success and the need to reach an even wider audience, TEF is opening up the opportunity to strategic partnerships to participate and increase access to even more entrepreneurs.

“The massive impact of our Programme so far, proves that it is durable, measurable and scalable,” Elumelu said. “We are already well on our way to accomplishing the goal of catalyzing a new generation of entrepreneurs, and the time has come to scale the programme further to benefit more African each year. We are coming to Davos to seek partners ready to invest in African entrepreneurs, contributing not just time, skills, networks, but also seed capital so that we can scale up and support additional entrepreneurs each year”.

Use the hashtag #AfricaAtDavos to follow the activities of Africa’s political and business elite during the event.