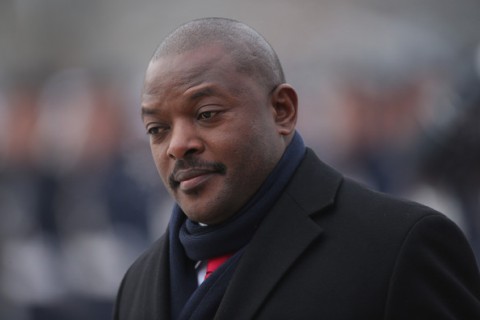 The embattled Burundian President Pierre Nkurunziza has partially bowed to pressure, as the country’s parliamentary election has been postponed and rescheduled by 10 days.

With the new development, the legislative poll which was earlier slated for May 26, 2015, is now to hold June 5.

Following the violent protest which had claimed not less than 20 lives, owing to President Nkurunziza’s late April declaration to contest for third term, the Eastern African country has since remained under siege as many Burundians kicked against the move.

Last week Wednesday after the aborted coup to overthrow Nkurunziza’s government, a popular and influential Catholic Church called on the electoral commission to announce shift in election dates, if the President declined the call by people to him to sacrifice his political ambition.

In the same vein, the European Union (EU) has aligned with the African Union (AU) Tuesday, on demand to Nkurunziza to delay the elections, while his South Africa’s counterpart, Jacob Zuma directed that the elections be postponed indefinitely. The directive emanated after a meeting of Africa’s Great Lakes bloc of nations.

The political violence which haS forced over 100,000 Burundians fled the country, took a new twist, last week Wednesday, when Gen. Godefroid Niyombare plot a failed coup, while the troubled President was in Tanzania for  talks with other African leaders, over how the crisis would be resolved.

Consequently, the former Defence Minister, Gen. Cyrille Ndayirukiye, two Police Commissioners and about 12 other Police officers, were arrested last Friday in connection with the coup.