Enough of Your Insults on our Faith, Leaders –Christian Youths Warn El-Rufai 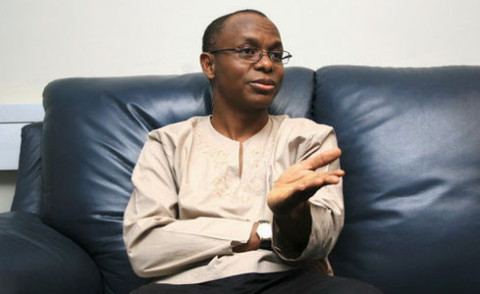 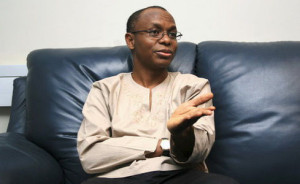 Piqued by the recent unguided and gratuitous comments against Pastor Ayo Oritsejafor, the President of the Christian Association of Nigeria (CAN) by Malam Nasir El-Rufai, the  Christian Youth Vanguard has warned that it will no longer sit back and tolerate insults directed at the leader of their faith.

Mallam El-Rufai had granted an interview to The Sun newspaper of Saturday 14th September, 2013 where he allegedly used uncomplimentary and insulting words against the CAN President, Pastor Ayo Oritsejafor.

The group which is a coalition of various Christian Youth Groups spread all over Nigeria threatened that it will retaliate any of such unbridled affront on their highly revered leader or on the entire Christendom.

“We hereby notify El – Rufai and his group of unpatriotic Nigerians that we will not sit back and tolerate insults aimed at our Christian leader any longer. We wish to stress very emphatically that henceforth any further careless statements, comments or insults on our Faith or on the person of our CAN President will be reciprocated in equal measure. A word, they say, is enough for the wise”, the group said in a statement jointly signed by its National Cordinator,  Yakubu Mecham  and National Secretary, Pastor Emeka  Okoli.

The Christian youth body also noted that El-Rufai and his supporters should come to terms with the fact that Christians in Nigeria are not timid or afraid of trouble but are simply God fearing and peace loving. “The fact that our current CAN President is bold to speak out correctly when things go wrong in the society is unsettling to the likes of El- Rufai who still belong to the old era of impunity and suppression of Christians in Nigeria”, they added.

The group lamented that it is only in Nigeria that the likes of El-Rufai who is standing trial for criminal offences while in office both as head of Bureau of Public Enterprise (BPE) and as FCT Minister that will have the mouth to make public comments.

“This is a man who criminally shared government land to his wives and children at the expense of overriding public interest and should be in jail, away from responsible people. For El-Rufai to make such uncomplimentary remarks against the leader of the Christian faith in Nigeria, it clearly shows that he lacks respect for the Sultan of Sokoto who is the spiritual leader of the Muslim faith which El- Rufai claims to profess, but is worse than a pagan.

“It is this El-Rufai who recently in his usual fit of madness made blasphemous and abominable tweets about our Lord and Saviour Jesus Christ and it was swept under the carpet for peace sake. If such a blasphemous remark was made about the Prophet Mohammed, will Muslim faithful be happy? Enough of this insults on our Christian faith and our CAN President!

“If El-Rufai does not have respect for the sanctity of life, let him start by destroying his immediate family, then we will be convinced that he means to cause mayhem to other Nigerians through his senseless and wicked utterances against our CAN President and leader of the Christian faith in Nigeria. Come to think of it, between our CAN President and the Sultan of Sokoto who is more guilty of those inglorious remarks by El-Rufai? Does El- Rufai not know that the Sultan’s second office outside Sokoto is at Aso Villa where he gets a lot of patronage? Does he not know that there is hardly any State Governor who does not host the Sultan at close intervals? Or where he cannot go, they go to him? It is common knowledge that the Sultan who doubles both as religious and traditional leader of Muslims in Nigeria is involved in all kinds of political consultations and other activities not worthy of his exalted position, why is El-Rufai and his cohorts not attacking the Sultan with such disparaging comments?” the group further queried.

The group said if the comments credited to Mallam El-Rufai in the said interview actually what he said, it therefore means that someone needs to help him before he goes completely mentally deranged.

“What has the CAN President done to El-Rufai to warrant this kind of insult, which by extension is an insult to the entire Christian Community in Nigeria? Is it because the CAN President was bold enough to call for the arrest of a bigot, a serial election loser, a Muslim fanatic and a morally bankrupt man called Muhammadu Buhari? Is it not a well known fact that the unguarded statements and dangerous incitement by Buhari at a very critical and volatile time, laid the foundation for the insurgencies we are witnessing in most northern states today?

“This unpatriotic Nigerian who by absolute error of judgement and circumstance became a military Head of State has now recruited a mad dog like El-Rufai, who revels in controversy at all times to be his hatchet man for the purpose of heating up the polity to achieve their devilish purpose.

“This same El-Rufai it was who used his evil mouth to confess then that his new pay master Buhari is absolutely unfit to rule his village, talk less of his State Katsina and Nigeria at large in a democratic setting.

“Without shame, and having lost relevance in the current dispensation, El- Rufai has swallowed his vomit and gone back to Buhari to form an evil alliance to fight the government and highly respected personalities, including those who took him and his family out of the gutter and gave him a new lease of life. It is evident that El- Rufai has an unstable character which is gradually leading him to madness”, the statement stressed.