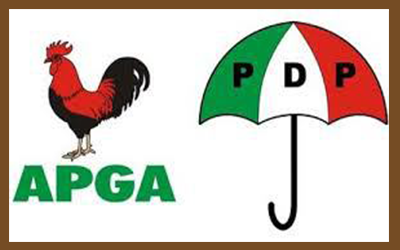 Chairman of the Enugu State Independent Electoral Commission (ENSIEC), Dr. Boniface Eneh, may be on his way to jail for flagrantly disobeying  the order of an Enugu high court stopping him from conducting the just concluded November 2nd council election in the state.

Justice Anthony O. Onovo had given an order stopping the council election on 31st October in two local government areas, following an application brought by All Progressives Grand Alliance, APGA, in the state seeking an order for judicial review in line with order of mandamus injunction fruited on while ENSIEC should  not  conducted the said election.

When the matter came up Thursday, the council from the state electoral commission denied that the commission had no knowledge of the order of the court stopping the election.

However, the applicants counsel, had also filled a fresh motion seeking for nullification  of the said election and made an oral application for contempt of court against the ENSIEC boss.

But court,  advise him to make written application on the issues of contempt against the chairman of the commission and adjourned to 29th of November for adoption of submissions.

Two APGA chairmanship candidates in Isi-Uzo and Ezeagu council areas had approached the court  seeking stoppage of the election following their disqualification by the ENSIEC on the grounds that their running mates were not qualified to run for the election.