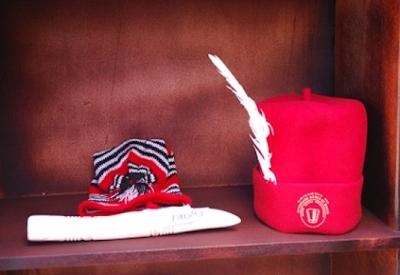 Impressed by his outstanding role in promoting peace among communities in Enugu state and beyond, an international humanitarian organisation on global peace, affiliated to the United Nations, positive Livelihood Award Centre, UN- POLAC),has conferred the title of “Evangelist for world peace” on His Royal Majesty,Igwe(Dr), Madueke .C. Aniagu, the traditional ruler of Enugunato, the ancient Kingdom, in Awgu council area of Enugu state.

Igwe Aniagu, popularly referred to as “Ezeudo”, meaning, king of peace in Igbo dialect, had been an ardent believer in dialogue and alternative conflict resolution mechanism, just as he always preach peace to warring communities.

Speaking at the palace of the monarch on Saturday during the conferment, the international president of UN- POLAC, and first African to occupy the position since its inception, Obong (Dr) Halo Eton, called on Nigerians and the world in general to always make peace their watch word.

Dr. Eton, explained that the recognition of Igwe Aniagu, was informed by the role he has been playing in restoring Peace in crisis-ridden communities, adding that traditional rulers should always be at the forefront of resolving conflicts as well as enthroning enduring peace in trouble communities.

He said “United Nations POLAC, an autonomous agency of United Nations has in place a scheme meant to honour responsible and passionate volunteers whose contributions to peace development and advocacy are deemed significant and worth emulating”

The POLAC boss, disclosed that plans have been concluded for the relocation of the organization’s headquarters from Paris to Abuja, Nigeria, before the end of 2013.

The international president, who also announced the appointment of Igwe Aniagu, as a national patron of the organisation, said one of its aims and objective is to foster unity, love peace, and harmony among nations., adding “UN- POLAC, is committed in establishing peace clubs in cities, churches, schools, and to use such clubs to teach peace across the globe.”

Responding, the traditional ruler thanked the two organizations, for appreciating his little contribution to the upliftment of man and society.

He however promised to continue with humanitarian works as well as promote peace in Enugu state and Nigeria in general.