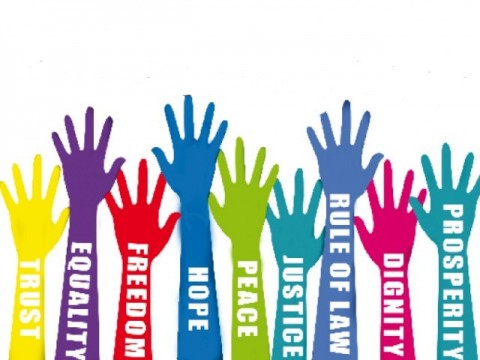 Women groups in Enugu have threatened to stage a protest to the Enugu state government House today (Monday) over alleged violation of human Rights of liberty and dignity, as well as defamation of character of their fellow woman, Mrs. Clara Ogbu, by her former company, an Enugu based event management firm, Studio 24, Colvi Limited.

Mrs. Ogbu had already petitioned the Civil Liberties Organisation CLO and women groups in Enugu, which have vowed to pursue the matter with the human Rights organisation to logical conclusion.

The women  said the planned protest is based on what they described as “Breach of CLARA OGBU’s fundamental human rights and Inequality against Women.”

Counsel to Mrs. Ogbu, Mr. Friday Onoja, told newsmen Sunday in Enugu that a suit has been filed in court on the orders of his client.

According to the petition, Ogbu, before November 20, 2013, was the branch supervisor of the company’s office located at Polo Shopping Mall in Enugu State.

She and two former female staff of the company were alleged to have threatened the life of the Managing Director, Mr. Ifeanyi Oputa, who is based in Abuja.

They were also alleged to have embezzled N20 million company’s fund, subsequently assaulted, and detained.

Upon investigation, the police had cleared them of any misconduct and declared the case “closed.”

More so, an internal auditor and the company’s Operations Manager, Mrs. Chinyere Godwin, had equally cleared them of any wrongdoing after an audit of the Enugu office account.

However, staff of the company told newsmen, that Mr. Oputa had gone ahead and instructed the company’s new management in Enugu to put up a disclaimer against Ogbu.

The disclaimer, our correspondent observed, had been on the walls of the office and within the premises of Polo Shopping Mall since February 17, 2014.

When contacted several times, Oputa declined reacting to the matter. He hangs the telephone calls whenever the matter was mentioned.

Similarly, text message was sent to his phone but he did not respond.

Commenting on the matter, South-East Zonal Director of the CLO, Barrister. Olu Omotayo, said the case brings to the fore human rights abuse by business corporations in the Nigeria.

Omotayo in statement made available to African Examiner in Enugu said Ogbu and two former female staff reported to work on November 20, 2013 not knowing what was in stock for them for the day.

According to him, “The police later arrested them and took them to Abakaliki Road Police Station, Enugu.”

The statement read in parts; “By afternoon of that day, they were hauled into a waiting vehicle and whisked away to the Police Force Headquarters, Abuja, where they were detained for some days before they were admitted to bail after it was discovered that the claim of the Managing Director, Mr. Ifeanyi Oputa, could not be substantiated.”

Omotayo however, wondered how workers of the Enugu branch of the company who were based in Enugu could be threatening the life of the managing director who is resident in Abuja.

“Also, how could the people alleged to have embezzled N20 million be granted bail just like that and since November 2013, no formal charge has been preferred against them till date?” he asked.

Said Omotayo:, “According to Mrs. Clara Ogbu, she and her colleagues were not given any query by the company before their arrest. And that same day of her arrest, her child she dropped off at school could have got lost as she couldn’t go back to pick her at school and if not for good Samaritans who took custody and care of the child, who knows what would have happened to the child.

“This is just one situation in hundreds of human rights abuse of women at their different places of work in the country. How could one explain the situation where people who innocently reported at their duty post for the day’s work were arrested and without any justification whisked away to force headquarters, Abuja.”

The CLO statement also reads, “The company has since terminated the appointment of these women and furthermore, instead of tendering apology to them, has decided to further blackmail Clara Ogbu by publishing her name and pictures on posters, labeling her as having stolen N20 million, and pasted these posters all over Polo Shopping Mall.

“The company even failed to pay Clara Ogbu salaries owed her for two months – September and October 2013. This a lady that served the company from January 7, 2013 till that day of November 20, 2013.

“When contacted, the Investigating Police Officer at the Force Headquarters, Area 10, Mr. Gabriel, stated that the police never authorised Mr. Ifeanyi Oputa, to take such step as they are still conducting investigation into the case.”

It added, “We condemn the action taken so far by the company in respect of this matter. It is an attack on the rights of these women. We submit that it is time the Federal Ministry of Labour and other relevant authorities looked into this matter so as to halt the increasing rate of cases of victimisation and torture of majority of Nigerian women by their employers.”

However, the women groups, led by Trans-Ekulu Women Association, are calling on the state government to sanction Studio 24 and ban it from doing business in Enugu.

Leader of one of the groups, Mrs. Tochukwu Ezennia, said, “If the government failed to ban Studio 24 from doing business in Enugu by March 31, 2014, we would have no other option but to lay siege at the office of Studio 24, which is located at the Polo Shopping Mall.”

Mrs. Ezennia said the women would cordon the place and ensure no woman in Enugu patronises the studio.

“We would do that until we run them out of business. If it were a man, we are very sure the management of that company wouldn’t have treated him in such agonising manner?” she lamented.