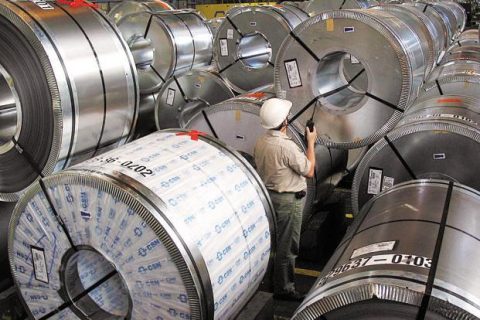 (AFRICAN EXAMINER) – European Union EU officials have confirmed they will respond “firmly” if US President Donald Trump goes ahead with his plan for steep global duties on metals.

EU trade chiefs are considering slapping 25 per cent tariffs on around $3.5bn of imports from the US.

The rhetoric ramped up as Mr Trump tweeted that “trade wars are good”.

International condemnation has greeted the US President’s Thursday announcement that he plans to impose a 25 per cent tariff on steel imports and 10 per cent on aluminium next week.

The number of employees working in the sector has reportedly fallen over the same period from 135,000 to 83,600.

However, experts say far more Americans work in industries that depend on steel products, than are employed in steel plants.

The census data indicated that steel mills in 2015 employed about 140,000 Americans.