Posted by African Examiner Latest News, News Across Nigeria, News From The State Tuesday, May 15th, 2018 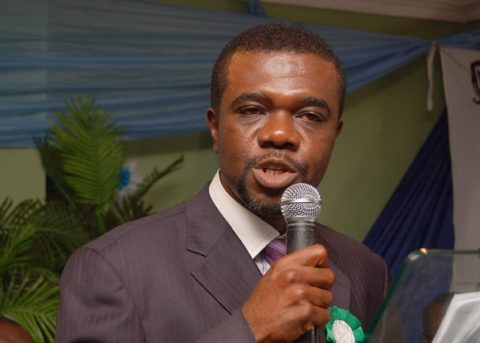 A one time gubernatorial candidate of All Progressives Grand Alliance (APGA) in Enugu state and leader of a socio political body, Igbo Improvement Union (IIU,)E Barr. Ugochukwu Agballah, says all is set for the public presentation of his  latest book , entitled “Where The Rain Started Beating Us”.

African Examiner reports that the 363-page book, a fictional story of events that took place during the pre-colonial and colonial period in Igboland, was published by Kraft Books Limited.

The politician-turned author, Agballah, told newsmen Tuesday during a pre-event press conference in Enugu that the book took him 26 years to complete because he had to verify and confirm most of the cultures, traditions and practices that are now extinct.

He explained that the title of the book and the theme was extracted from an Igbo proverb which was also popularized by Chinua Achebe, “That those who do not know where the rain started beating them will not know where it will stop”.

Extract from the publisher’s note indicated that the book “focuses on the issues of slavery, colonialism and the clash of the warrant chieftaincy and the republican traditional setting in Igboland.

“The text is an intense and gripping story detailing the experience of Ndi-Igbo during the pre-colonial and colonial Era and reveals the scheme of deception behind slavery.

He added that “the discord and air of suspicion between the natives and the whites (Nwa Baike) on one hand, and on the other hand between Christianity and traditional way of worship is represented in a manner leaning towards the perspective of the Igbo people and other customs.”

The publishers also noted that the writer employs historical narration as his style of writing; adding that he is culturally inclined as evident in his use of proverbs which is relevant to the context of the story.

“The book is very appealing and is in a class of its own.”

Similarly in a preface, a world renowned literary don, Professor Damian U. Opata, former Dean, Faculty of Arts, University of Nigeria, Nsukka, described the work as “ground-breaking and a unique work of art.”

It will be recalled that the author, Agballah, started writing at the early age of thirteen (13).

Agballah, who served as campaign manager to former Enugu State Governor, Chimaroke Nnamanni, and later, Commissioner for Works in the state, was also the publisher of Informant Newspapers and former Editor Eagle Magazine and also Icon Magazine.

The unveiling and public reading of the book will take place on 22nd May, 2018 at Base Event Center, Independence Layout, Enugu and a national and international promotional tour is slated for Abuja, Lagos, Port Harcourt, Owerri and selected cities overseas. Details of which will be released next week.