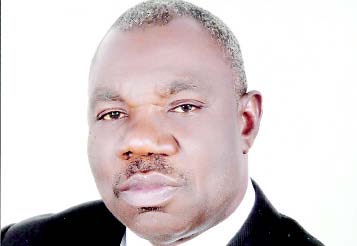 ENUGU, NIGERIA (AFRICAN EXAMINER) – Ex-chairman of Nkanu East council Area of Enugu State Pastor Sam Iyiogwe, has called for a thorough investigation into the role of some prominent individuals who allegedly fueled and sponsored the protracted Oruku/Umuode communal war which claimed scores of lives and lasted for over 20 years.

Addressing newsmen in Enugu  Iyiogwe who was council chairman when peace finally returned to the area months back, condemned the role played by major stakeholders in not only prolonging the war but causing the killing of innocent villagers including women and children.
“These same people that sponsored the communal crisis in the local government have been causing troubles here and there “and the communities have been calling on the state government to investigate the role played by some stakeholders in the Oruku/Umuode communal war where several lives were lost.”

While attributing the return of peace in the area to prayers, the pastor turned politician, noted that what happened to the Umuode and Oruku people are worse than what happened to Nimbo people in Uzo- Uwani council area of the state.

The former council boss however, alleged that accusing fingers have been pointing at some prominent politicians in the area, adding that “these have to be investigated,”

AFRICAN EXAMINER recalled that Iyiogwe , recently came under negative spotlight when reports surfaced in the media, alleging that he embezzled millions of naira while in office, an allegation he swiftly denied, saying he has nothing to hide.

According to him, “as a good citizen of this country I have answered both the EFCC and ICPC, because I have nothing to hide; I am one of the people who believe that you can be called at any time to explain your activities.”

Dismissing the allegations as untrue, Iyiogwe pointed accusing fingers at some of his predecessors whom he claimed wanted him to share council allocation with them.”

He reiterated that “I wish to categorically state that the publication is just an attempt to damage an innocent man’s name and to rubbish my hard earned character and to defame my family name.

“It is laughable for one to allege over N200 billion frauds in a local government within a period of four years because even the state government has not received such amount within such a period.

“From their allegations it means I stole N4.3 billion monthly; a local government?”

He said his accusers were men of questionable characters, who did not deserve any response but was peeved at what he described as unprofessional handling of the petitions by media houses, insisting that “they were sponsored.

Iyiogwe said he was a successful business man before coming into politics and becoming local government chief.

He said he retired  voluntarily from the Nigeria Customs Service in 1993 and went into business in the oil and gas industry where he had successful dealings with expatriate companies, who would never had done business with him if he were a man of dubious character.

His words: “I have been explaining my activities; my performance is there for people to see; if you go there today, you will see the difference between how we met the local government they left like abandoned chickens and now.”

It would be recalled that Iyiogwe, had taken media men on tour of Nkanu East council area when he came into office and the deplorable condition of the area was well reported.

He said his constant cries and appeals for help to his people have paid off, as Governor Ifeanyi Ugwuanyi has declared Nkanu East as the most backward council area in the state and has embarked on some heart-touching projects in the area coupled with sensitive appointments for Nkanu East people.

Said the former chairman, “as if I knew I will be vilified by my detractors, I did not forget to do a mop-up-tour with newsmen just two days before I handed over to show how I was able to change the faith of my people, and put smiles on frowning faces, as evidenced in the documented massive transformation of the area after my tenure.