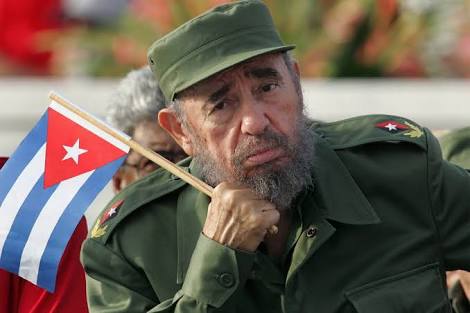 Former Cuban President, Fidel Castro has broken his silence over US President Barrack Obama’s visit to the country.
The former President in a 1,500-word letter published in state-run newspaper Granma countered that Cuba didn’t need any gift from the “empire”.
He therefore described President Obama’s words of reconciliation as “syrupy” and warned that they could give Cubans a heart attack.

The US President invoked “a future of hope” for Cuba in an unpredented live TV address delivered from the Grand Theatre in Havana.
Obama had suggested that it was time to bury the last remnant of the Cold War in the America.

Fidel also reminded readers of the Bay of Pigs invasion of 1961, in which a CIA -sponsored paramilitary force of Cuban exiles attempted to take over the Island.
The 89-year-old former Cuban leader stated his “modest suggestion” was that Mr Obama “reflects and doesn’t try to develop theories about Cuban politics”.

Obama who is visiting Cuba since the Communist revolution in 1959 told the incumbent Cuban President Raul Castro, stressed he did not need to fear a threat from the US nor from “the voice of the Cuban people”.