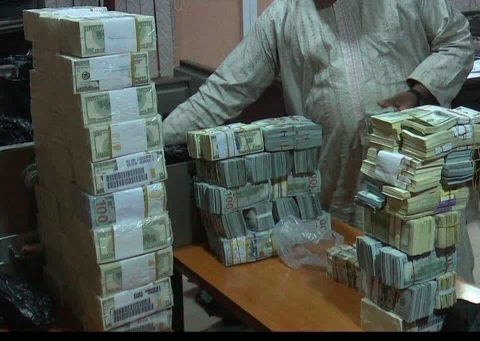 The Federal High Court Kano on Wednesday dismissed an application brought by a former Group Managing Director of Nigerian National Petroleum Corporation, NNPC,  Andrew Yakubu seeking to set  aside the interim forfeiture order of February 13, 2017 by the same court in respect of the sums of $9,772,000 and £74,000 found in the Kaduna home of the former NNPC boss.

The application was brought on grounds  that the court lacks jurisdiction to entertain the matter and that the Federal Government lacks the competency or locus standi for the interim forfeiture order.

Also, the applicant argued that the court is only empowered to grant such an order in offences allegedly committed under the EFCC Act and that the Federal Government concealed and misrepresent the facts which led to the issuance of the order.

In her ruling today, Justice Zainab dismissed the application for lack of merit.

Consequently,  all issues argued by the respective counsels were resolved against Yakubu.

Andrew Yakubu was arraigned by the EFCC on the 16th March, 2017 before the Federal High Court Abuja.

His arraignment was sequel to a raid which was carried out by the operatives of the commission on his property located at Sabon Tasha area of Kaduna State and which led to the discovery of the sum of $9,772,000 (Nine Million, Seven Hundred and Seventy Two Thousand United States Dollars) and £74,000 (Seventy Four Thousand Pound Sterling) stashed in fire proof safes.