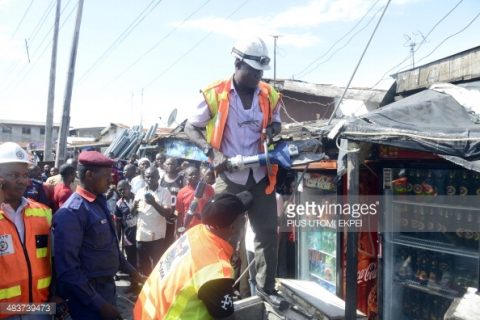 ABAKALIKI, NIGERIA, AFRICAN EXAMINER – The Ebonyi State Emergency Management Agency SEMA, says it will investigate the recent alleged diversion of relief materials meant for fire disaster victims in the state by its officials.

The victims had accused top officials of the agency of allegedly diverting relief materials meant for them, as well as distributing rotten and spoilt foodstuffs to them, while converting the good ones to their personal use.

Reacting to the development in a telephone interview with AFRICAN EXAMINER on Tuesday, Executive Secretary of the agency, Pastor Kenneth Oziomaeze, disclosed that he directed the Head of Department (HOD) of Administration and Chibueze Iteshi, in charge of relief and rehabilitation to distribute the relief materials to the victims.

He described the alleged fraud as embarrassing, saying “we are already doing something about it; we are going to investigate the issue so as to unravel the officers fingered in the scam.

“We are going to have a meeting with the Governor today on the matter, and after the meeting, he will direct us on the next line of action.

Oziomaeze however, attributed the fraud to the leadership tussle between him and the agency’s Chairman, Evangelist Ephraim Ononye.

But, the chairman denied involvement in the matter, saying he was not even aware that the agency distributed relief materials, just as he condemned the alleged diversion of theaterials by some scrupulous officers.