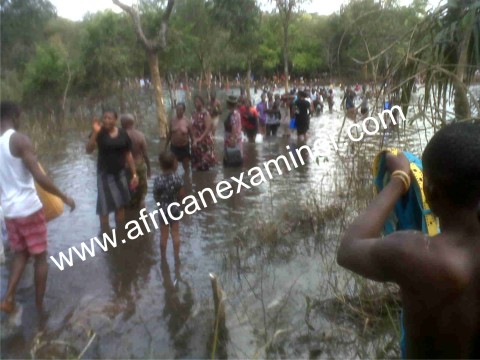 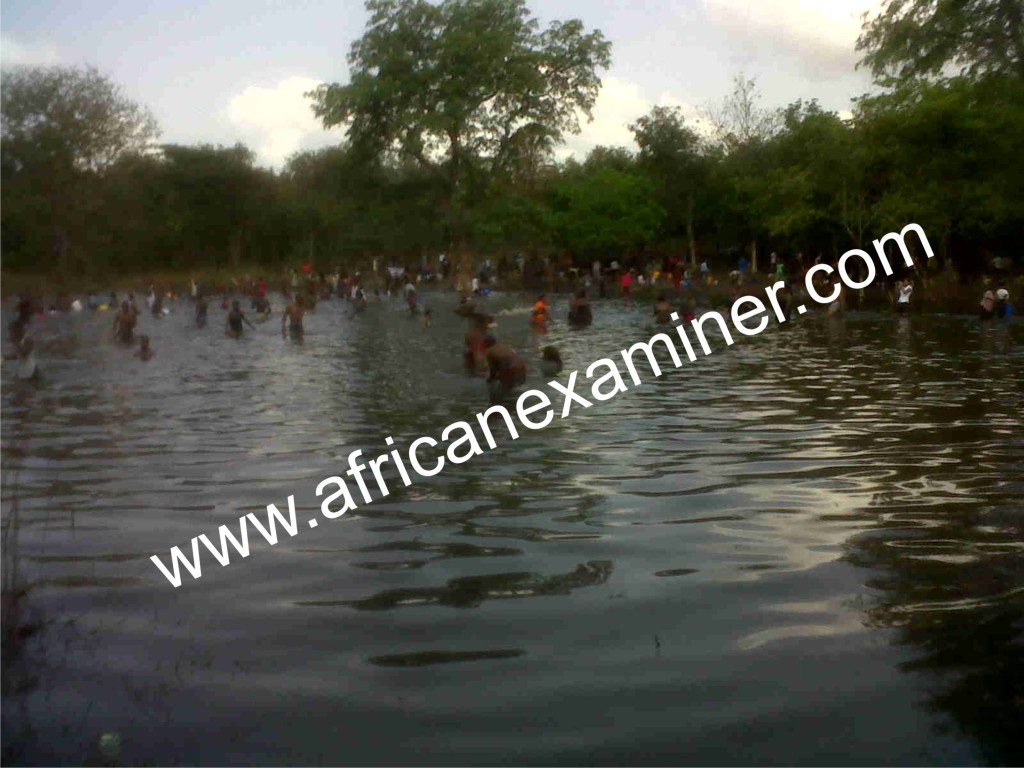 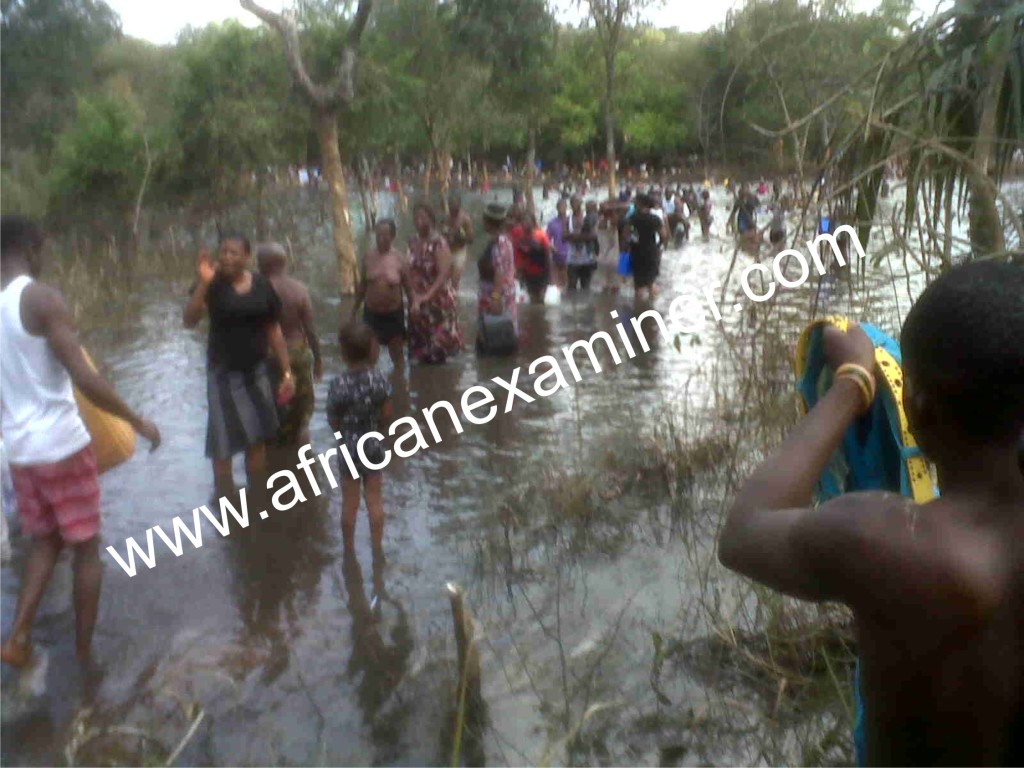 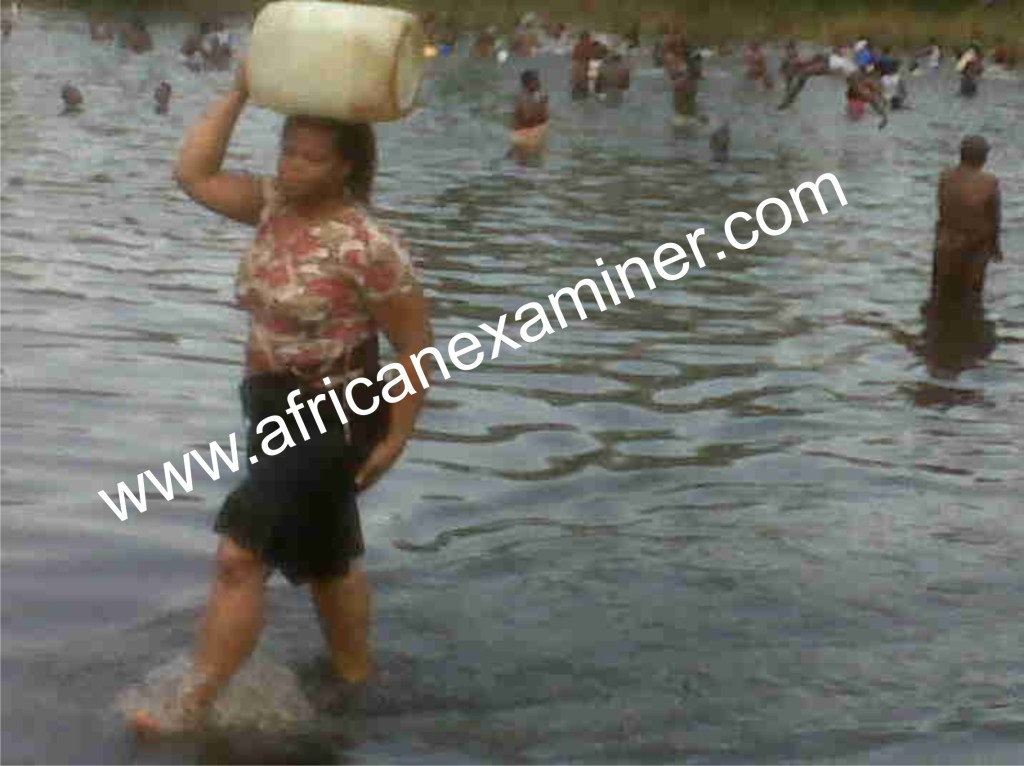 Like River Bethsaida in the holy land of Jerusalem, a healing mystery stream has surprisingly appeared in Nachi community in Udi local government area of Enugu state, almost 42 years after it surfaced and disappeared in the same place. 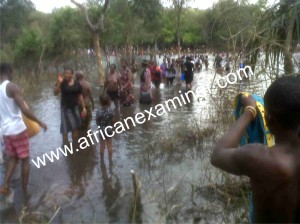 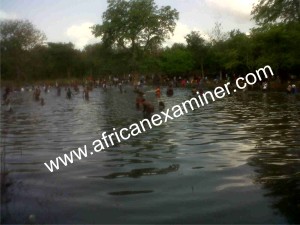 The miracle stream as it is now fondly called by millions of Nigerians, both young and old, especially sick ones and their relations, surfaced and disappeared in 1972 and reappeared this time around in the area about two weeks ago.

The stream is about 4km away from the old Oji River/Onitsha road.

African Examiner gathered that the stream, which has continued to attract healing seekers, was first noticed by a nomadic Fulani herdsman who went to the area to feed his cattle, and suddenly saw water gushing out from a sandy farm land close to where he was standing.

According to a source, before the Fulani man could turn his back, the entire area has been covered by water which is about 5ft deep.

However our correspondent learnt that when the Fulani man alerted some people and farmers in the community about what he saw, they quickly rushed to the place to see things for themselves, after which they took the surprise news to the traditional ruler of the community, His Royal Highness Igwe Onuigbo, Obi (11) of Nachi.

When our correspondent visited the wonder stream Tuesday he observed that the community has turned into a pilgrimage center as the development has opened up serious window of business for the people, especially plastic container sellers, food vendors, commercial motorcycle and vehicle operators as they now make brisk businesses.

Meanwhile, there had been scores of healing testimonies from sick people who visited the stream and drank from it. 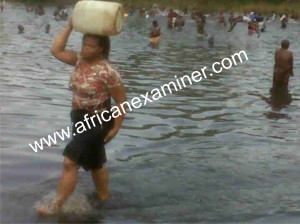 During our correspondent visit to the place, dozens of people, young, and old including security operatives were seen fetching the water just as many were taking their bath in the stagnated stream, believing it would cure all manners of ailments in their body.

African Examiner was told that some people who were brought to the stream last Saturday with clutches and other walking supporting devices, went home rejoicing as they received healing after deepening themselves in the stream.

Speaking with African Examiner excitedly, shortly after coming out of the water, Mr. Cyril  Eneh, a civil servant in Enugu state, said “indeed, this is a miraculous water, people with different sicknesses have been coming here to receive their healing. And I also have the faith and strong believe that God Almighty, who provided this water will use it to tackle every health challenges in my life.”

Also speaking to our Correspondent, an Octogenarian, and community leader in Nachi, Mr. Festus Udeh, said the stream surfaces and disappears every 20 to 30 years, adding that it forbids evil things adding that any evil doer that goes to the place may run into serious problem.