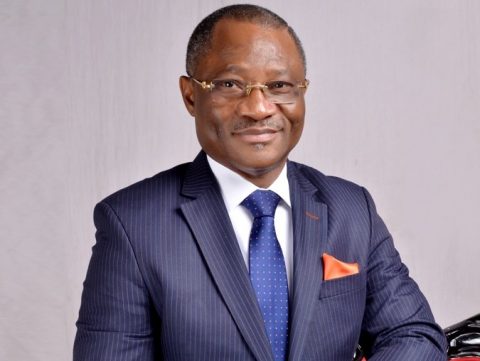 According to the organisers, the award is given to recognise Oyedele’s  distinguished career and significant achievements in engineering managements both in private and public practice contributing to the development of the power sector of the country.

Engineer Ife Oyedele was born on the 8th October, 1958 in Okitipupa, Ondo-state and graduated from University of Lagos in 1982 with a Bachelor of Science Degree in Electrical Engineering.

For his secondary education, he attended Government College Ibadan and graduated in 975. In a testimonial displayed in his office, Ife was described as highly dependable, responsible and highly responsive.

Before his current appointment, Engineer Oyedele established his own company, Matcom Limited in 1992. As a Managing Director of Matcom, he ensured that the company focused its businesses and activities on professional discipline and standards.

He is a member of the Nigerian Society of Engineers (MNSE), Nigerian National Committee of World Energy Congress and Institute of Directors.

As an excellent political canvasser and organiser, Oyedele has previously served as Member, Board of Trustees of the Congress for Progressive Change (CPC); Chairman, Oyo state Congress Appeals Committee; Member of the CPC-ACN Merger Committee as well as Member of the APC Constitution Amendment Committee. In a recent book by President Buhari’s Special Assistant (Prosecution), Chief Okoi Obono-obla, The All Progressive Congress: The Making of the change Agents, It was revealed that the APC logo was designed by Ife Oyedele.

On social level, Oyedele is a member of Ikoyi club and International Association of Lions club, and has held different leadership positions in both clubs. He is also a member of IBB Golf Club, Abuja; Member of Smoking Hills Golf Resorts, Ilara-Mokin, Akure, Ondo state. He loves reading, traveling, listening to good music and watching sporting events.

The organisers, Omoluabi reporters, told our correspondent that the award ceremony will hold on Sunday, October 1st, 2017 at the International Center for Culture and Events (The Dome), Akure, Ondo state.