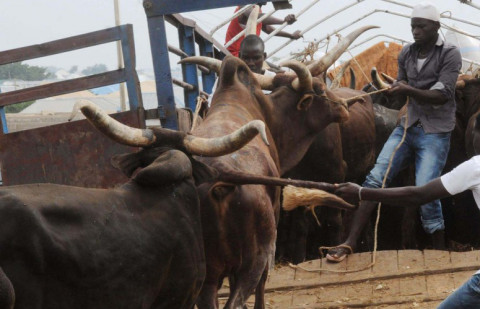 A group under the aegis of Amalgamated Cattle Dealers Association of Nigeria has threatened to stop conveying cattle to the southern Part of the country over alleged extortion by security men on duty at checkpoints. 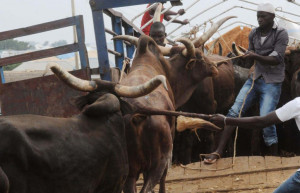 The President of the group Alhaji Abdullahi Umaru Potiskum issued the threat while briefing journalists in Bauchi on Sunday.

He said, “The army and other securities at checkpoints extort money from our members and manhandled the drivers carrying goods on the highways throughout the country.

“Our members who supply cattle to the south-eastern states,  Portharcourt and the South-Western States pay over N180,000  to security operatives higher than even the transportation money. He lamented.

Potiskum further decried that the security personnel assault and delay the driver who refuses to pay or who pays less than what they demand, which endanger their lives and their animals.

According to him, the group had written to the Chief of Army Staff, Inspector General of Police and ministers of Agriculture and Internal Affairs but nothing has been done about it.

He warned, “If the Federal Government does not take any action over the matter, we have no option but to stop taking animals to the southern part of the country because we cannot continue to operate at loss.”