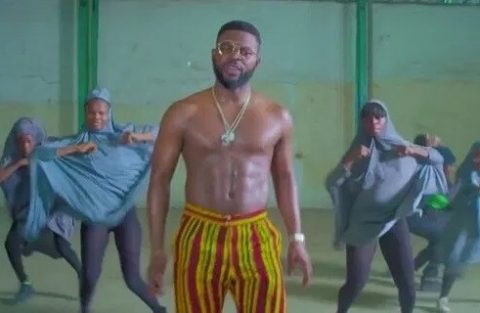 (AFRICAN EXAMINER) – Feet and Tricks International, organisers of the first ever African Football Freestyle Championship in Africa have assured participants, stakeholders and ardent followers of the sport, that the first ever Championship in Africa scheduled to hold on September 13th -15th, 2018 at the Balmoral Convention Centre, Federal Palace Hotel in Lagos will be one to remember for a long time.

This according to the organisers will have all the trappings of a grand event as all that needs to make it one, has been put in place to ensure that all in attendance get utmost value for their time.

The 2018 Africa Freestyle Football Championship which is being planned as a perfect fusion of freestyle football and entertainment will feature top musical, dance artists and world renowned freestylers. Top among musical and entertainment stars are FALZ De Bad Guy, KCEE, MAYORKUN, VANESSA M’DEE (from Tanzania), SLIMCASE, MR. REAL and the renowned world acclaimed dancer, KAFFY who will bring a lot of colour to the event with a performance that aptly depicts the beautiful culture of Nigeria, the host nation. Other performances include Xplicit and Dream Catchers. The event will be hosted both in English and French by DJ Shoddy and Mimmie, to ensure that French speaking audience are not left out.

Speaking  on the plans for the three-day event , the Chairman, Feet ‘n’ Tricks International, Valentine Ozigbo explained, that preparations have been put in top gear to ensure that the pioneer African Freestyle Football Championship meets all expectations and more. “I want to assure all, that no stone was left unturned to make it world-class and a very memorable one for all the lovers of the sport.

Ozigbo noted that, being the pioneer edition, “Feet ‘n’ Tricks is determined to effectively etch the sports in the minds of football lovers and its stakeholders across Africa.  To this end, we will be engaging African freestyle footballers, sports enthusiasts, sports officials and the general public with the sole aim of creating awareness about freestyle football, providing talented Africans a new platform to showcase their skills to the world and ultimately deepening love for the sport”.

According to Ozigbo, the qualifying rounds and Nigerian championship will hold on September 13th -14th, 2018 at the Balmoral Convention Centre, Federal Palace Hotel in Lagos. After the qualifying rounds, the best 16 male and 8 female freestyle athletes in Africa will emerge to battle it out at the grand finale on September 15, 2018 in a keenly contested competition that is expected to produce the first African male and female Freestyle Football Champions.

“We are excited to pave a new direction for freestyle football in Africa,” said Valentine Ozigbo, Chairman of Feet ‘n’ Tricks International. “Feet ‘n’ Tricks International,  expects at least 120 freestylers from Africa to be represented at this Championship. We will work on the development of African freestyle talent and continually exploit all available resources to create more awareness for the sport and we are grateful to our sponsors and partners.” He added

Co-founder and Head of Partnerships for WFFA, Daniel Wood, expressed love for the energy and passion for freestyle football that can be found all over Africa, “We at the World Freestyle Football Association are so excited to see the best talents from all across Africa come together on one stage and compete for this title. Everyone will be competing for not only the prizes but for some world ranking points too with the winner, of course, putting themselves in a fantastic position to challenge the world’s best. I look forward to seeing you all in September,” he said.

The championship will also host international freestyle professionals; Guinness world record holder, Iya Traore of France and Female freestyler, Raquel Benetti from Brazil. Prizes worth over $50,000 (Fifty Thousand Dollars) which includes a brand new salon car as well as qualification and sponsorship for the global championship will be won.