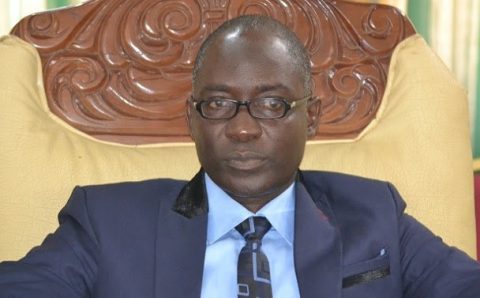 Reports say a total of 1,968 delegates were accredited and voted at the primary poll.

Out of the total of number of votes, as announced by leader of PDP electoral committee, Gov. Ifeanyi Okowa of Delta, Eleka scored 1,190 to defeat the only challenger in the race, a former Minister of Works, Mr Dayo Adeyeye, who scored 771 votes.

Seven of the votes were declared invalid by the electoral committee.

Mr Dayo Adeyeye, who left the venue at about 8p.m, accepted the outcome of the primary election, which he agreed was conducted under free and fair atmosphere.

In his acceptance speech, expressed gratitude to Mr Dayo Adeyeye for exhibiting high volume of dexterity and courage throughout the period the pre-primary election.

The deputy governor, who praised Gov. Ayo Fayose for standing by him, vowed to defeat the candidate of All Progressives Congress (APC) in the coming July 14 governorship election in the state.

Also reacting, Gov. Fayose promised to embark on meaningful reconciliation by reaching out to aggrieved party leaders, especially the duo of Dayo Adeyeye and Mrs Abiodun Olujimi, so that the PDP in the state can be a united house once again.